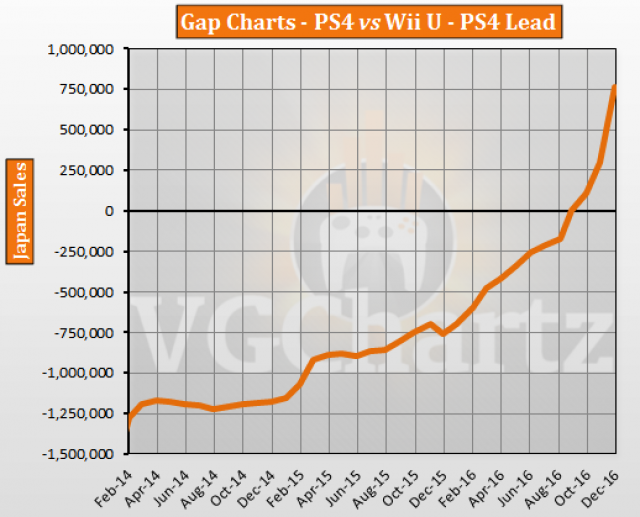 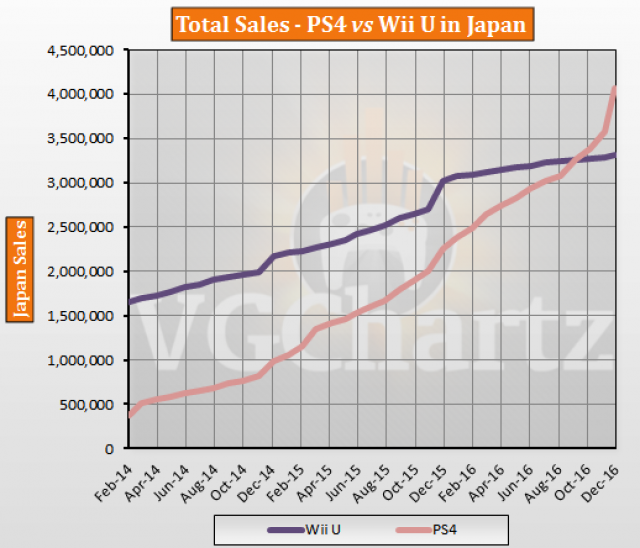 In its latest month on sale in Japan the PlayStation 4 outsold the Wii U by 458,178 units and has extended its lead. It also sold 1.52 million more units in the last 12 months. The PlayStation 4 currently leads by 760,350 units.

With Persona 5 and FFXV, the PS4 got all the steam needed to get a decent lead on the WiiU. Granted, that was not that difficult to begin with, but considering the state of the console market there, and the poor performance of the WiiU, I'm surprised it took such a long time. Splatoon really did wonders there, Splatoon 2 is going to be a beast on the portable Switch over there.