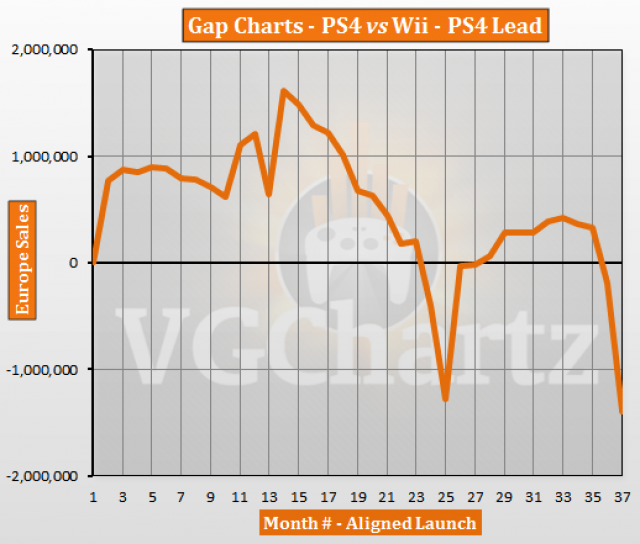 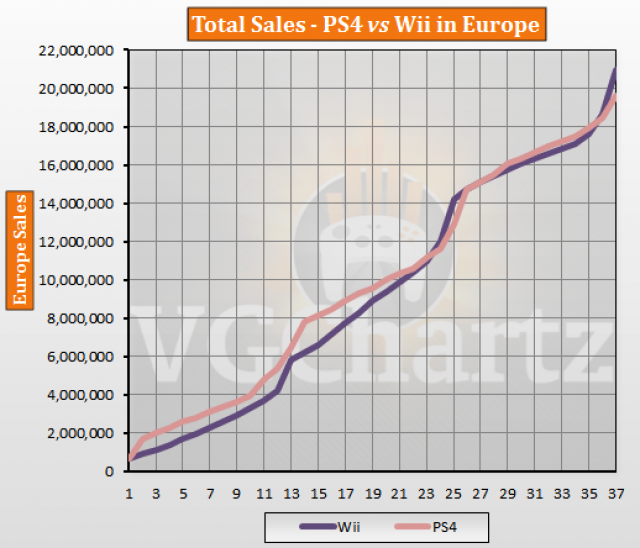 Crazy it's stuck with the Wii throughout the it's halcyon days. Will definitely beat it limited!

PS4 will easily beat Wii in Europe. PS4 is on track to sell well over 40m consoles in EU, and possibly reach PS2 / DS numbers once it hits the $199 price range and keeps pumping out games. The only thing I see holding it back is that I think this generation is going to end come 2020, giving PS4 just 3 more full years on the market.

Crazy to think what the PS4's numbers would be like if the price was the same.