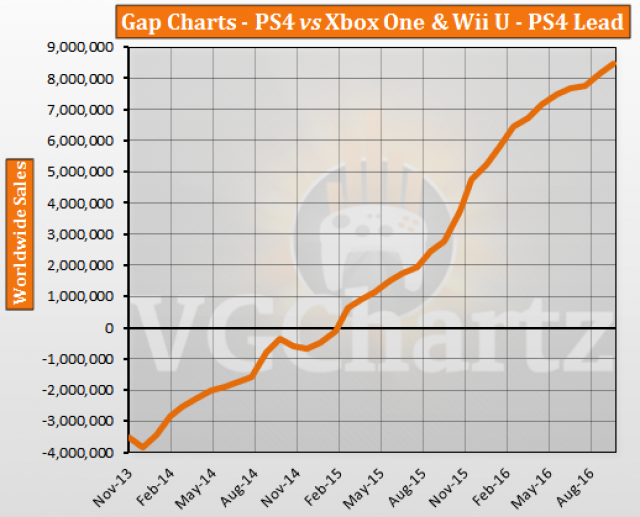 The gap has grown for 22 straight months in favor of the PlayStation 4 when compared to the combined sales of the Xbox One and Wii U. The gap in the latest month grew by 317,831 units and 5.69 million units in the last 12 months.

I think the quantities would change a lil, but the patter would be pretty much the same sadly

Phil spencer sure changed things around for the Xbox One since taking over.