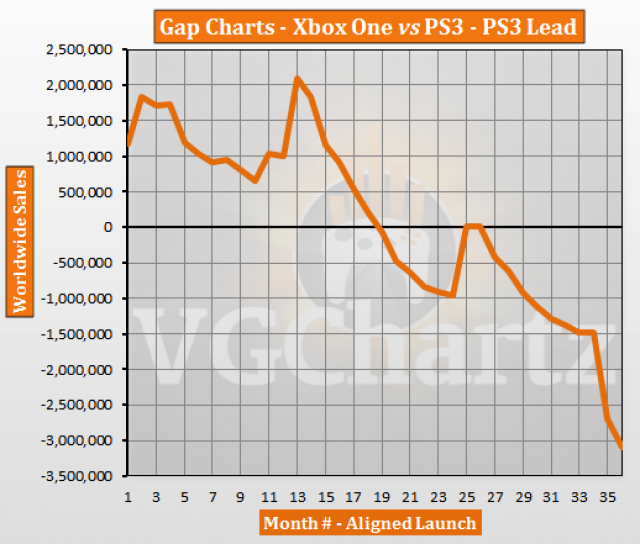 I hate how this chart is set up and formatted.

Showing a line nosediving down and the words 'PS3 Lead' implies the opposite from reality. This has happened with other graphs too unfortunatly.

What's wrong with 2 lines, one for X1 and another PS3? The gaps and intersections would imply precisely what it should.

I agree, a two line graph would be a lot more efficient, but this one makes sense too.

The graph makes sense, it just doesn't reflect the logical thinking of most people.

For most people if they were to use a single line graph, the logical outcome would be to have the "winning" console go up into the +millions, because it's leading.

Here this is the Xbox One's number going from having a better launch, then nose diving down to -3 million, as the PS3 sold better over the next 3 years.

It makes sense, just illogical to most.

But wait... wasn't the PS3 a "failure" for the first few years? What does that make Xbone? XD