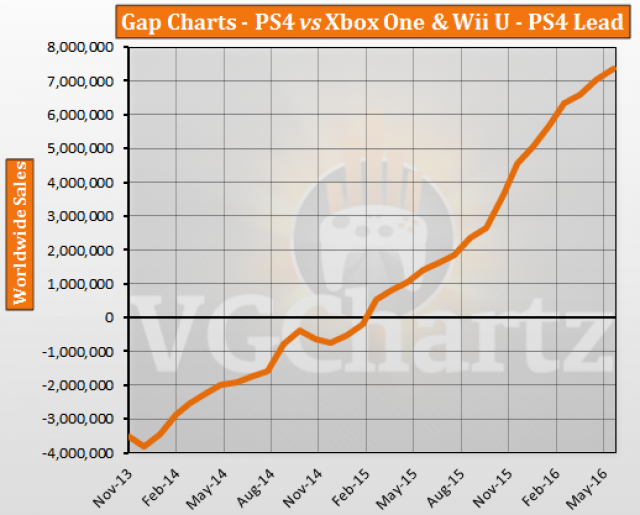 The gap has grown for 18 straight months in favor of the PlayStation 4 when compared to the combined sales of the Xbox One and Wii U. The gap in the latest month grew by 332,466 units and 5.96 million units in the last 12 months.

Ps4 is in beast mode. The Wii U will be going soon so it's going to easily continue to power on ahead

Even tough the Xbox One will get a small boost with the WiiU sales still going down and the NX almost in our lives, the PS4 will win this chart easely.