The online first-person shooter from Gearbox - Battleborn - sold 211,355 units first week at retail, according to our estimates. First week sales  can be viewed on the VGChartz Global Weekly Chart for the week ending May 7th. 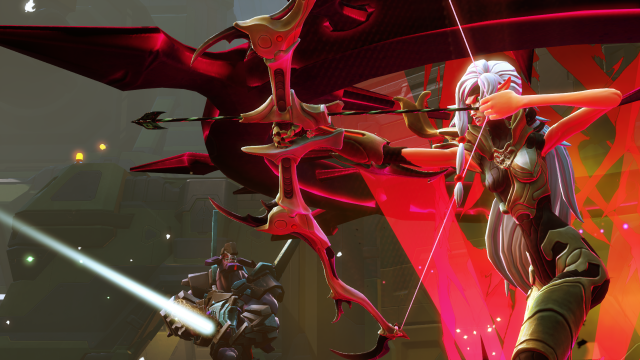 Battleborn released worldwide on May 3rd on the PlayStation 4, Xbox One and Windows PC.

Bad timing, Overwatch curbstomped this game. I wonder if this game will go free to play to keep its playerbase.

Well that's a pretty crappy opening, hope it didn't have a big budget.

I'm actually suprised it sold this amount, here in the Netherlands it got quite low reviews and its already well in stock pre-used in every store I have visited

The artstyle of this game is terrible, i get headaches just by looking at gameplay videos.

I think coming out exactly the same time as Overwatch really really hurt this game. I've had many people try to point out that they'er very different games, but really, they're not different enough in a world where you choose to put down your money and hours.

Meh, Overwatch is gonna kill it.

it is bad, but I expected wors numbers

it is bad, but I expected wors numbers

Strange picture choice, I don't recognize those skins for Hanzo and Genji, must be Origin pack skins!

They need to drastically cut price. People wont buy it at 60$.
Get it down to 20$ range and there will be people getting it.

Oh lawd. I could have sold more from my car trunk.

What a surprise, all the comments are about Overwatch.

You guys have a bizarre obsession.

Yep I noticed the quick price cuts as well. Like you said it's a shame because the games not that bad I just don't enjoy the FP view from MOBAs.

Yep I noticed the quick price cuts as well. Like you said it's a shame because the games not that bad I just don't enjoy the FP view from MOBAs.