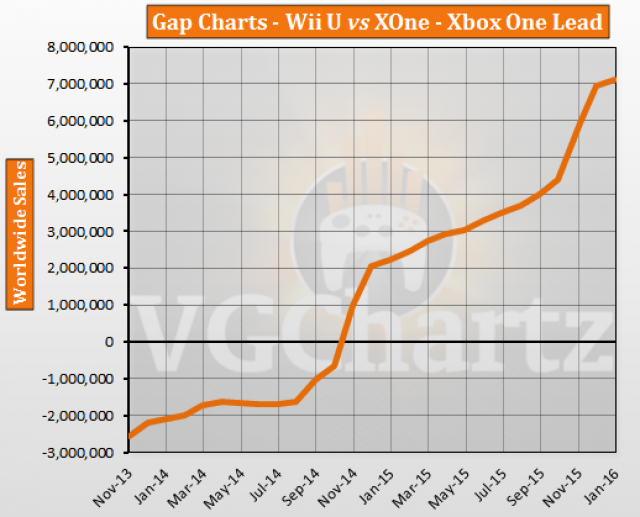 XOne Vs. Wii U Global:

There should be a XB1 vs PS3 graph.