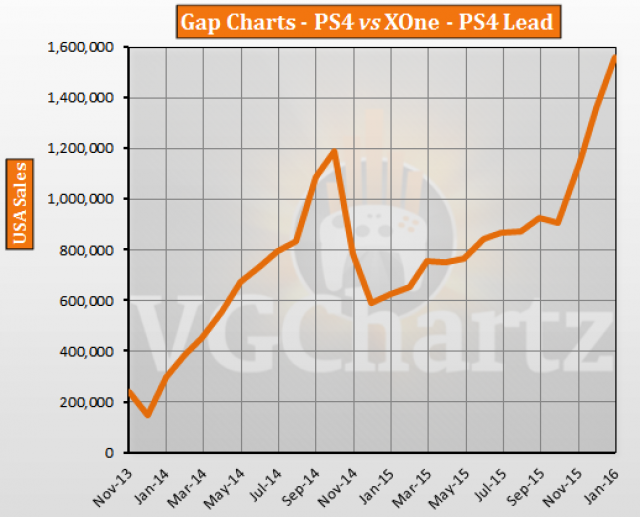 Will be interesting to see how much Sony can increase the gap this year. Now it's their chance

That gap will continue to increase this year unless something drastic happen.

MS didn't try hard enough this past Holiday. Holiday 2014 they actually tried and the gap closed quite a bit.

Sony should try to increase this as much as possible.

WOW! The PS4 is so futuristic it has yet to be released until 2103 and it still has a big sales lead!!! That's a lot of faith in pre-orders :)