Famed developer Shigeru Miyamoto revealed two games that he has been working on for the Wii U at E3: Project Giant Robot and Project Guard. Both titles rely heavily on the GamePad and showcase what the device is capable of. 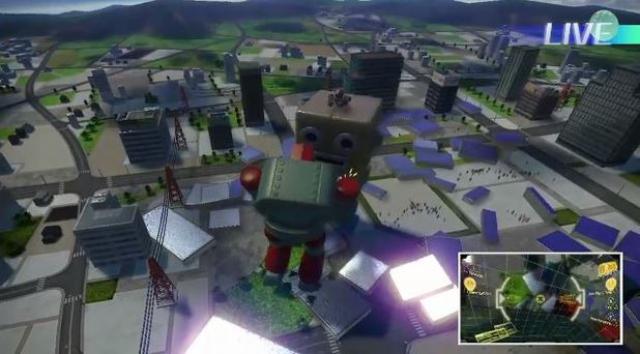 Project Giant Robot lets you customize your own giant robot with parts from a large list. Once selected, its size can be changed through width, height and depth sliders. For my hands-on playthrough I chose a screw for my head and Megazord-esque faces for my legs, because all great giant robots have faces for legs.

Once in battle, your goal is to knock down the enemy robots. The left and right analog sticks throw left and right punches, respectively, but to put power into them you must tilt the GamePad in the corresponding direction. Robots can also shoot lasers as a secondary attack, but the majority of combat is focused on punching enemies into the dirt. It’s an interesting concept, but one that’s very unwieldy to control and could get old fast. 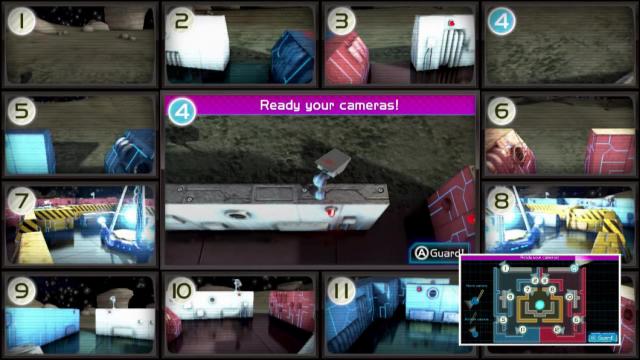 Project Guard, on the other hand, shows more promise. This game tasks you with placing 12 security cameras around a maze. These security cameras come armed with lasers, ready to shoot down any robots that try to invade. Once the cameras are placed, robots begin entering your maze-like base. Using the GamePad, you quickly switch between cameras and shoot down the enemy robots. The goal is to take out a certain number of robots without letting any of them destroy the power node you are guarding.

What seems like a simple game contains several layers of strategy. Where will you put the cameras? How much will they cover of each area? Will you watch a certain area more heavily at the expense of another area? How quickly can you switch between cameras when many robots invade at once and the chaos is brewing? Project Guard had me hooked from the get-go and is absolutely worth your attention.

Both Project titles show that the GamePad is capable of more than current Wii U games have used it for and after playing them I am certainly interested to see what other uses Nintendo will cook up for their tablet controller.