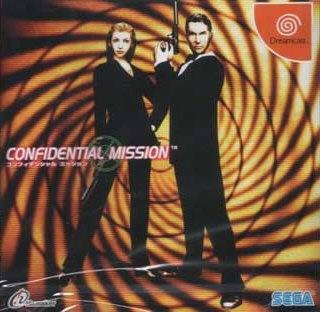 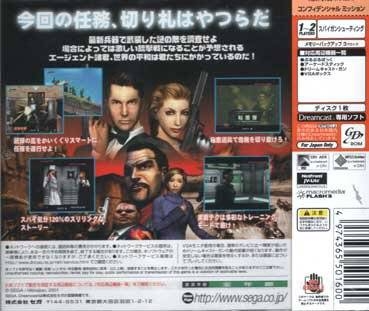 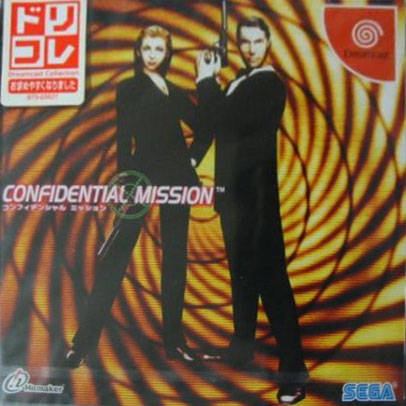 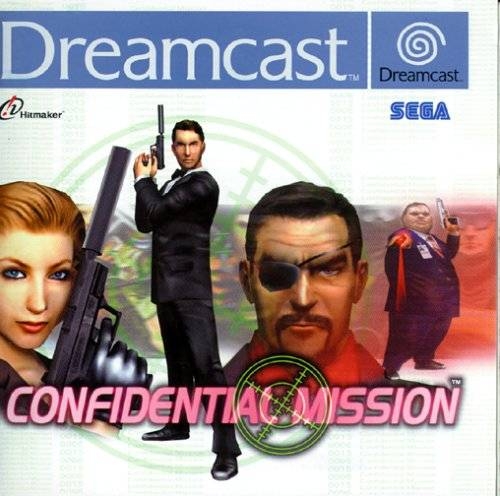 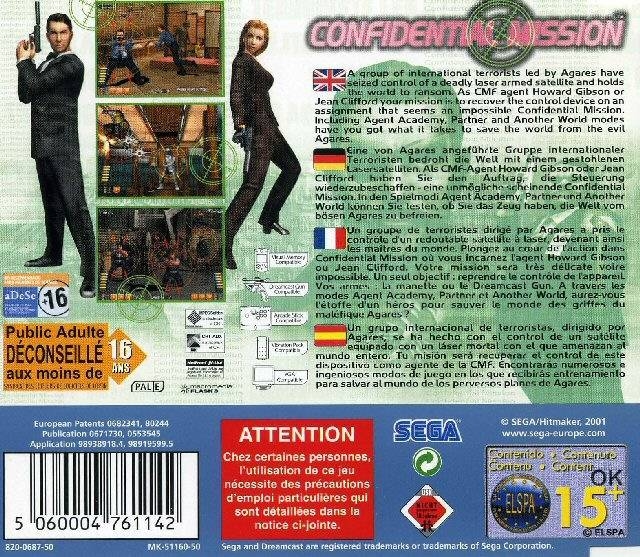 Presentation - 6.5
Gameplay - 7.5
Value - 7.0
Sega did a great job by mixing Virtua Cop gameplay (even the target circles are similar) and animations with a 007 theme.

The title sure is right, this game is a hidden gem, altough a game does not need to be outstanding or remarkable to be a hidden gem, it needs to have a good enough quality and enough lack of popularity, and specially, have fallen into obscurity a long time ago. This is one of the things I love most of retro game (along with their quality artwork, the fun factor and the music), because playing a hidden gem has that special taste that no other games have.If it's an obscure game but a bad one, it doesn't deserve to be recognized as a hidden gem, and if it's good but too popular, neither. It needs to have those 2 special ingredients, and this one sure has both.

Back in the late 90's when Sega was making top quality arcade game, this hidden gem comes from the Sega Naomi arcade system (New Arcade Operating Machine Idea) which is such a nice game, it's actually a women's name in spanish speaking countries, and what better name to put to an arcade system than a woman's name. With a limited ammount of games, the Sega Naomi lifespan had still a larger library than other Sega boards like Hikaru or Chihiro, and Naomi lifespan was rather long (1998-2008). Sega did a nearly perfect job in the arcade industry, creating amazing video games that will remain as historical masterpieces.

Confidential mission is not their best rail/light gun game, but it's still a very good title and will provide hours of fun. Sega did a great job by mixing Virtua Cop gameplay (even the target circles are similar) and animations with a 007 theme, which works better than expected. The controls are simple, the default sight speed is ok, and the game is fun and sometimes hilarious (keeps the bad yet funny voice acting of the House of the Dead games). The fact that a light gun will provide an advantage is obvious, but the controller still does a pretty good job of dispatching the enemies that will appear on screen. You can also pick up other weapons than guns (assault rifles, machine guns, grenades, etc). The level design is top quality and it will be more things to do than just shooting at enemies. Things that will reward the player if done well, and penalize if done wrong. The game also has some different short paths (more like shortcuts) in some stages. The difficulty is a little on the hard side but with some practice it should not be too much of a problem. The credits are limited but not scarce.

To conclude this review, I would definetly recommend this game, specially if you like Virtua Cop, HOTD or any rail/light gun shooter. Even if you don't like rail guns, you would still like it if you like 007 or smth related with it. I think this is a MUST HAVE for any Dreamcast owner/collector.