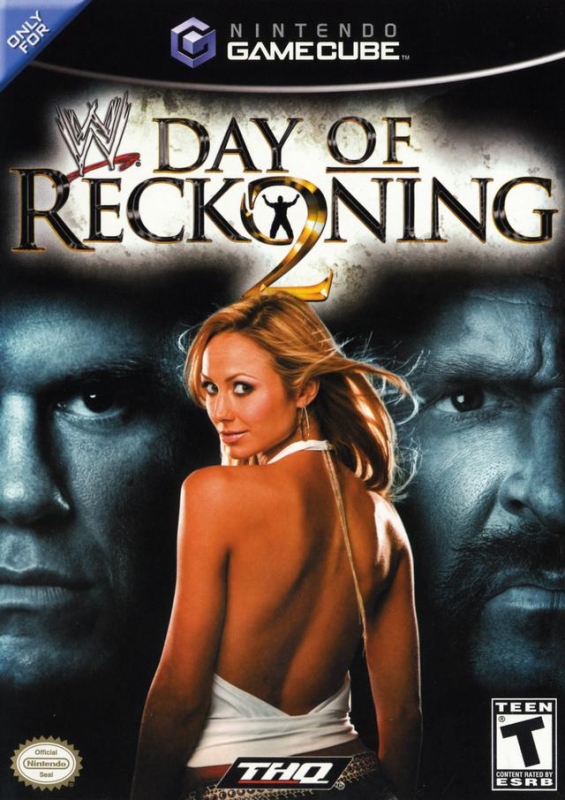 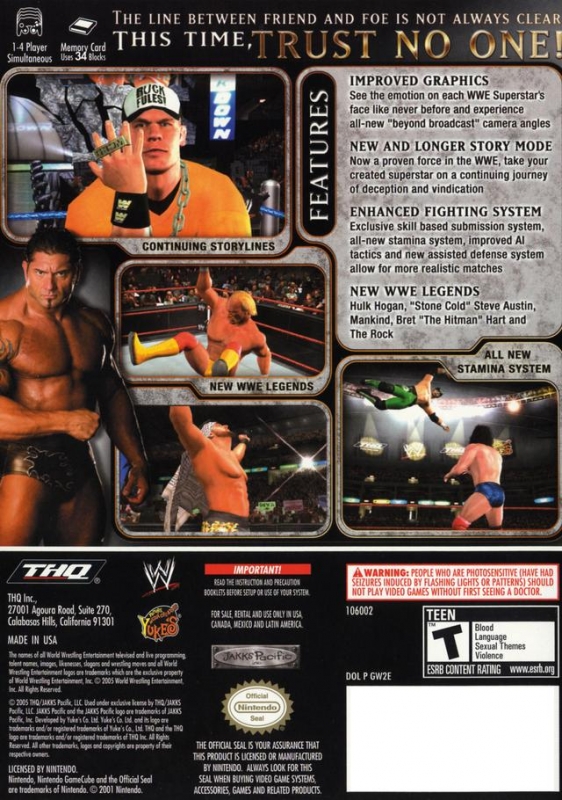 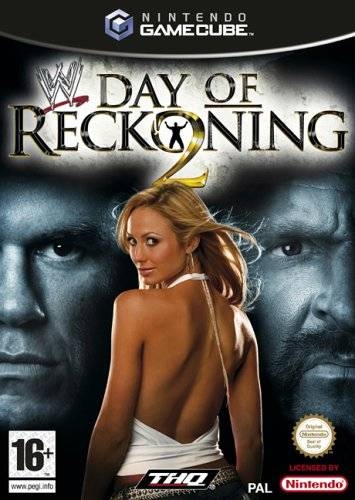 An impressive title with great depth.

Presentation - 8.5
Gameplay - 9.0
Value - 8.0
Still the best wrestling game after 4 years when it comes to gameplay. A worthy purchase for a collection.

The game has standard menus with match types listed. There is a wide array of matches to choose from, from the standard singles match, to Hell In A Cell and Last Man Standing matches. There is also the fairly long story mode as well. Inferno matches aren’t present, and neither are backstage arenas, but there are several venues of WWE pay-per-views that serve as decent backgrounds when in the ring. The music isn’t too good, nor are the Menu sound effects, but the in-ring action sounds good. There are loading issues in the Create-A-Wrestler mode (small delays), but that feature is pretty deep as well.

The graphics in Day of Reckoning 2 are impressive even to this day. The characters all show facial expressions during battle and display irritation after one area of the body has been damaged too much (holding a leg or arm). There are 3 levels of blood eventually starting from a moderate head wound to splatter on the head and chest. Sweat also protrudes from the body after a strike as well. Each wrestler is well-detailed and has their body type well crafted. For example, you can count the abs on Triple H and see the belly of Big Show. They accurately show the real wrestlers. Created wrestlers take a hit in the looks department, but can still make pretty good replicas of whoever you want.

The best since WWF (WWE) No Mercy. There is great hit detection and a variety of ways to pull off moves. You can play opponents off the turnbuckle or slam them on the announcer’s table. There is a tutorial as well, so for inexperienced gamers who can’t pick-up-and-play, they can resort to the tutorial to get their game on. The weak/strong grapple system is effective, even combining grapples with strikes for varying encounters. Weapons break and disappear, but that leaves things open so that new ones can be retrieved. Occasionally during ladders or tables matches, you get more tables/ladders than you want to, but it doesn’t hamper the gameplay at all.

There is also a rock-paper-scissors submission system that helps players reverse moves once they are almost “locked” in, if moves haven’t been reversed already. A Stamina bar keeps players in check, with more moves expending more energy, bringing a different level of strategy to the fighting. There is also the Momentum Shift, which can turn the tide of a battle in one’s favor when they are losing grip on a victory.

The game’s roster is outdated compared to the modern Smackdown vs Raw 2010 game, but the roster still has good superstars and several Legends like The Rock, Bret Hart, Steve Austin, and several others. It has Story Mode and plenty of modes to choose from (Last Man Standing is my personal favorite). I played it for hundreds of hours with my friends and family and still give it a few spins every now and then. If you are looking for the best gameplay to match your wrestling needs, look no further than Day of Reckoning 2, the last wrestling game of the Nintendo Gamecube.