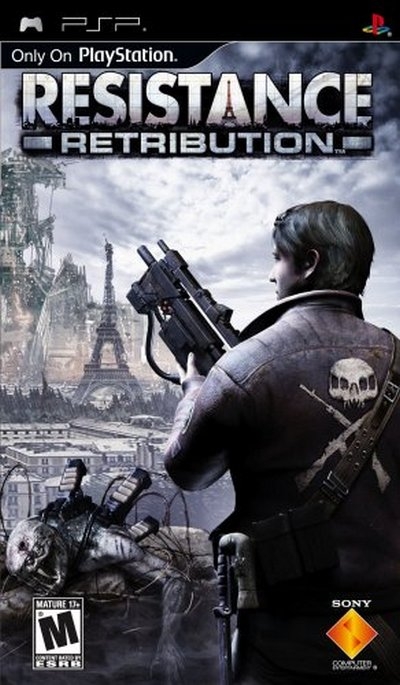 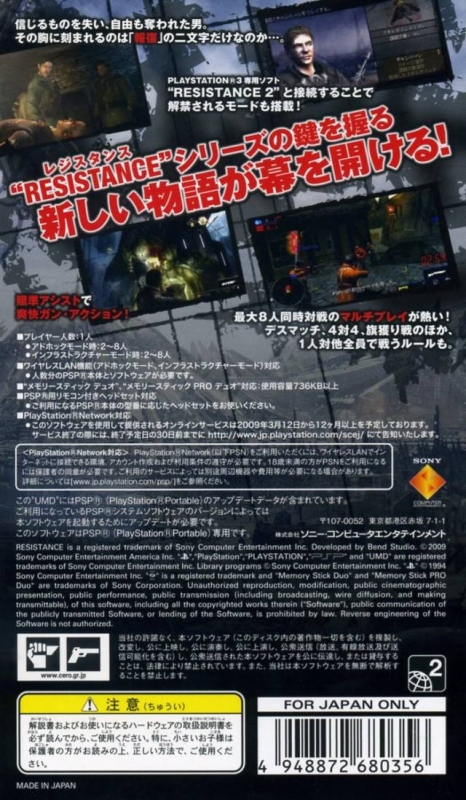 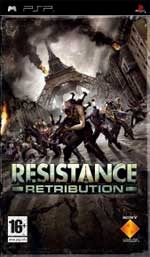 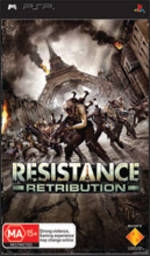 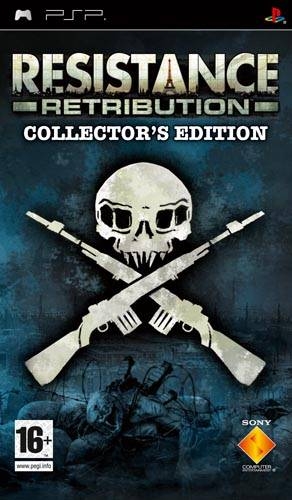 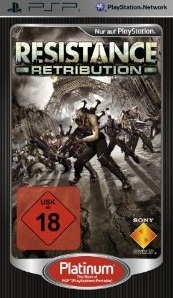 It's too bad this wasn't a PS3 game

Presentation - 9.5
Gameplay - 7.0
Value - 9.0
Resistance Retribution is a good game that goes on a bit too long, and at times asks a lot of you given the difficult aiming controls.

Resistance Retribution is about as good a third person shooter as you can do on the PSP with one analog stick.  That's not to say it's great, because these games inherently require a second analog stick for aiming/camera.  Still, they did an admirable job, given the controls.

The story is fairly well done and is interesting enough to keep you wondering what will happen next.  The main character is not that likeable, though I imagine they thought he would be.  He's a wise cracking, arrogant, hero type who cares about nothing but revenge.  You know, the guy in 99% of games.  He's not terribly interesting, but not terrible either.

The weapon variety is probably the game's strong suit, and why I've rated it so highly.  The weapons are interesting, and many are fun to use.  It makes what is an average corridor shooter, into a slightly above average corridor shooter.  Though there are a couple weapons, like the sniper rifle, that are pretty much useless because you don't have a second stick, and even from far distances your enemies will tear you to pieces if you're not in cover.  So if you like sniping, this game will not satisfy you.  The sniper rifle is by far the most useless and pointless thing in the game.  In fact, they should have just left it off.

Retribution is also one of the best looking PSP games out there.  In fact, I thought it looked about as good as God of War CoO, but with no screen tearing, which bumps it over CoO in my book.  There are times in the game where I was genuinely surprised the PSP was able to produce such good visuals.

My main problem with some of their design choices stems from the fact that the controls don't lend themselves well to precise aiming.  Most of the time there is a heavy amount of auto-aiming going on.  At times though, there are creatures that require head-shots that slowly meander towards you and when they reach you their heads explode dealing a lot of damage.  To kill these guys, you have to push up on the d pad to enter into a zoomed in aiming mode, and then aim using the square, circle, triangle, and x buttons like they are the second analog stick.  This does not work well, and nearly every time these enemies come out when you aren't expecting it, you can expect to die as you fumble around with the d pad etc...

The other problem I have with this game is that you die...a lot.  There's too much trial and error in this game.  Often you come across a set of enemies and you have to just learn the pattern in which they attack, and you do this by dying.  Once you know the pattern, it's easy.  As a result, you never feel like the bad ass that you're supposed to be.  Dying a lot makes you feel the opposite.  I felt like a big talking wimp that gets my butt kicked in most of the time.

The last complaint I have is that the game goes on about an hour to two hours longer than it should.  Some people might see that as a strength, but I was ready for the end when it came!

Still, this is a novel game on the PSP, and the interesting assortment of weapons makes it a fun game.  This game is exactly why I hope the PSP2 has a second analog stick.  This game would have been a 9 if I had had a second stick.