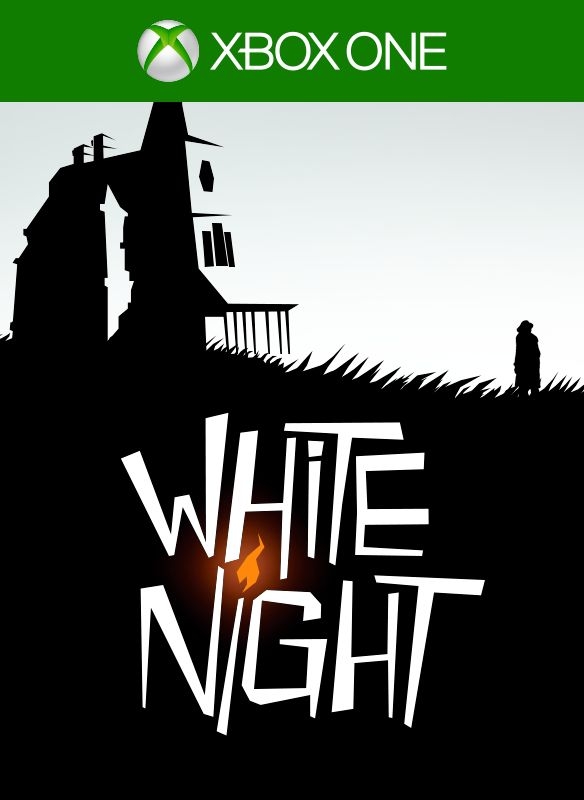 Presentation - 9.0
Gameplay - 7.0
Value - 8.0
OSome Studio's first is a hit in many regards. A game that combines arresting visuals with thick atmosphere and a punchy script. A type of experience that once you say goodbye to you'll die a little

I expected these nights to be the same as any other: barkeep’s prized selection in a short glass, today’s pay filched from a stacked deck, some punks looking to throw knuckles.  It didn’t occur to me the town’s most notorious fence, Activision, hadn’t been around for weeks until that rank odor of COD swept in through the front door, invading every crevice.  There was no escape.  He’d been eyeing me through the window for a good hour, I’ll bet.  Get soused at the fifth drink then he’ll sell his latest trash.  Sound tactic.  But I didn’t expect what’d be coming next.

"One of the most rapacious guys headlining this gem?  Imagine my shock," I says, cigarette smoldering in-hand, "seems like end-of-the-world s*** those preachers ramble on about."  The developer?  OSome Studios.  Some guys outta Europe that got a kink for German expressionism, it appears.  But they ain't like some dame just interested in looking pretty; there's more than screenshots to see.  Instead, it utilizes those arresting visuals as a center for everything else. 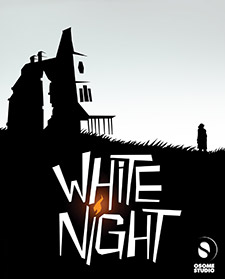 Upper Northeast, 1930's.  Depression's swinging harder than a drunkard whose wife's been insulted.  You're a detective minding his own after…imbibing in a few drinks.  Run off the road by either a girl or an apparition of one, he winds up outside Vesper Mansion, the inlaid spires looking to gut any fence-hoppers like a pot-bellied pig.  But that's never stopped a good detective before.

Passage beyond that wrought-iron barrier familiarizes us with the journey ahead.  As the domineering mansion invades the frame, players are also introduced to the puzzle dynamics: progressing forward by manipulating light.  Like any puzzle game worth their salt, many tasks establish theming and tone in tandem with mechanical understanding.  Because these tasks aren't just about fumbling through the dark with your arms spread out in front of you.  This house has a dark past and the ghosts don't take kindly to strangers.  The detective's only bet for temporary safety is with lit matches, their vibrant blaze cutting through the artamentous dwellings.

You wanna talk style?  White Night’s got that in spades.  Not just within the iconography, the blackened atmosphere permeates though this protagonist: the suitably sullen outlook, the overwrought similes and turns-of-phrase, the character yearning for this mission to expiate past sins.  It liberally lifts from many of the best noir films as a means to celebrate those iconic achievements. 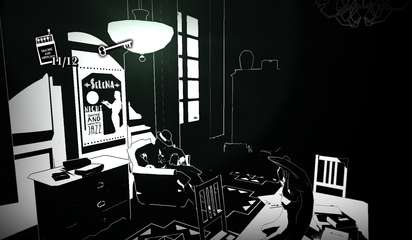 Style doesn't mean it's bereft of depth either.  When apparitions aren’t guarding hallowed ground, the era itself acts like a kick in the teeth to recall the hardships endured elsewhere.  Gleaning more about the world from collectible newspapers gives flesh to the noir-horror skeleton.  The compendium of newspaper clippings sprawled about this moth-infested heap is enough to make a library blush.  But it ain't just HOW much is given for any Joe to find; it's in the deliberate pacing of the true-to-life background detail that can be found and how said stories are interspersed throughout each chapter, creating an alluring through-line that demands one gets a complete picture.

Beyond just pretty words & pictures to collect, the regal Vesper Mansion itself plays an important secondary role.  At first, the place ain't much to look at—especially so much of it is darker than a car full of a****les.  But as the inky blackness subsides to light, more of the home decor reveals the opulence of this haunted house.

Honoring the Spencer Mansion's complexity, White Night's gameplay borrows from the survival-horror genre's biggest stars, such as Resident Evil and the original Alone in the Dark.  But instead of acknowledging and considering how this template is a commemorative revisit to such gameplay of olde, certain critics were talking wise about that whilst missing the entire point.  I don’t know...with some of the jobs I’ve done screw-ups like this would net me ornate brass rings to the gut, if you catch me drift.  But that’s neither here nor there.

During the early years of survival-horror, an understanding of layout and puzzle-solving held more importance than precision shooting, if it were there at all.  Reverting back to fixed camera angles and the sole reliance of matches & direct light sources as the means of progressing doesn't deserve to be considered "archaic" because that fits perfectly with the tone; further, such a template feels updated here thanks to fluid animations and proper directional mapping.  Maybe a few times the camera transitions hurl you harder than the best poisons, but they're few and far between when considering how many chase encounters are in the game. 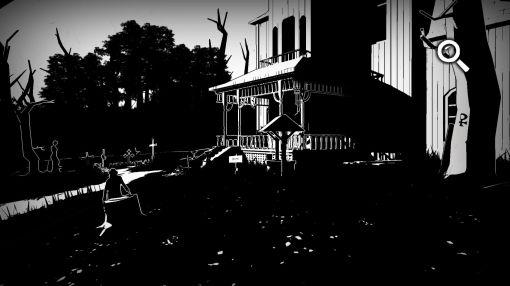 Another thing I see some mooks gettin' wrong is the save system.  Harkening back to old Resident Evil games, White Night does have manual saves which can only be done by comfy, illuminated chairs selectively placed throughout the game.  But what some critics obfuscate is in acknowledging the chapter checkpoints.  Once again, an update that doesn't give due consideration: a dual-tiered save system that honors the consequence of survival-horror games' past yet also granting some leeway with instant-saves.  It's a great blend of old & new design affectations that doesn't dilute the impact of death in these titles.

Puzzle design can vary between generic to genuinely inspired.  It ain't hard to expect a game with light being your only ally to have a few fetch missions for light bulbs or fuses.  But the way said objective has to be tackled typically contain a fun wrinkle or two.  The most aesthetically satisfying, perhaps most complex, takes place in a grand piano hall utilizing everything from musical notes, a globe, and more to uncover all the dastardly secrets found within.  The complexity builds up gradually too, though later puzzles have a greater reliance on avoiding ghosts with one-hit kills.

For a rookie, OSome's presentational acumen is among some of the best in the indie market.  The dichromatic art style nestles it perfectly in old noir and thriller films from the likes of Anter, Beaufin, and Hitchcock (one shot is lifted directly from Psycho).  Dozens of different camera angles are almost as sumptuous as Roger Deakins' best.  And even with its more shlocky horror moments, the black-and-white aesthetic makes everything feel more artistic, in a sense.  Even intense chase moments bedecked with J.J. Abrams-shaky cam doesn't feel like some bland gimmick. 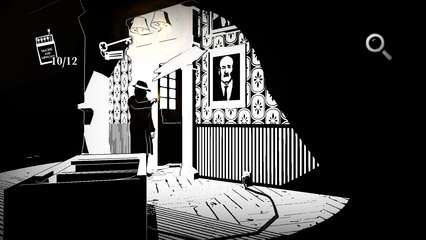 Marrying these visuals is the wonderful sound design.  The soundtrack is heavily inspired from Depression-era catch tunes.  Amidst the horror-accustomed sounds, a few piano keys are the touchstone after completing a task.  And here’s a great push-and-pull with this atmosphere marrying jazzy scores with that underlying sensation of dread and abandonment.  Phillip Anthony-Rodriguez’s overwrought voiceover narration never pulls punches when espousing everything with deliberate seriousness.  He knows when to talk straight, but you can tell some lines are delivered with a smirk on his face.  The conjured cajoles against his situation are never far behind his plainer observations.  This being a one-man show all the more showcases that raw talent is able to squeeze all that it can from this punchy, often-clever script.

White Night's like a dream half remembered, images etched into memory that sometimes defy explanation.  A walking phantom of old times past brought to the forefront today that extrapolates and updates a template considered long-dead by many publishers.  The brazenness also should be credited here in honoring The Golden Age of disparate genres from different artistic mediums.   There’s also a cultivated real-world history; a detailed examination of a twisted family's history in the lens of the Depression-Era 1930's.  And, with all this considered, is what makes it a great game I heartily recommend.

He’d saunter away, happy with the new sale.  Even hours after he’d left, the stench wafted through the bar.  It’d clung to the leather sofas, the jackets, the hats, and anything else within range; a thousand spent cigarettes wouldn’t be enough to get it out.   But it wasn’t the smell I hated.  Was the fact he hooked me into keeping a close ear for any future surprises he’d have in store.  Who knows?  Maybe his more typical items wouldn’t be so bad neither.