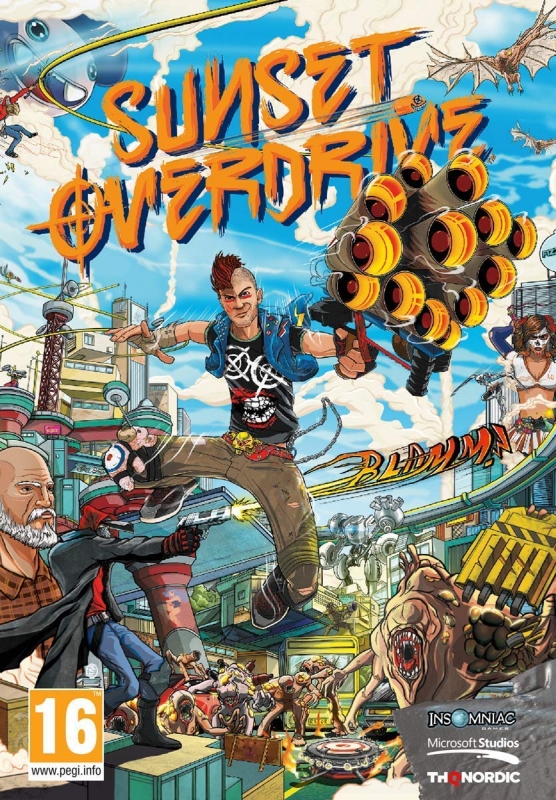 The joy of movement

Presentation - 8.5
Gameplay - 10
Value - 9.0
A lot of developers underestimate the importance of movement in any game, the inherent fun of just moving your character around, with 3D games established as such by titles like Super Mario 64.

The parkour is simple to execute and the difficulty comes from mastering your flow and using it alongside your shooting in each mission, with the tap of a button, you can grind, run on water or across a wall, this isn't automatic, you have to keep timing your acrobatics in succession to keep that flow and style going, which feels fun, rewarding and mechanically it does give you some incentive to be stylish.

The shooting and other active abilities get some perks based upon your stylish performance, you can equip various abilities that unlock once you reach a particular style level, so the game is always motivating you to use all your movement options. The shooting itself is pretty satisfying and has a lot of weapons to choose from, all with different range and special effects against enemies, be it freezing, burning, etc.

Another type of perks come from more passive abilities, like increasing the amount of style you get from X action, or the amount of damage you do to an enemy, all of these conditioned to your style of play, you get tokens to get and upgrade these abilities depending on your actions, the more you kill one type of enemy, you get more tokens about that action, if you spend a lot of time running across walls, you get tokens about running across walls, so the game gives you these perks according to your playstyle, another good point.

To add to the fun of SO, the presentation is another spot on point, a really colorful and vibrant game, with a really energetic soundtrack. The game has those, moments where everything clicks, as you are evading enemy attacks by grinding on a rail, blowing them up with your ridiculous arsenal and the music kicks in with lyrics and great instrumentation, is a really incredible feel of pure fun.

And for such a insane and fun game, it comes with a really silly storyline, the game features no 4th wall, dialogue often making fun of its own videogame nature, a lot of pop culture references and the like, is dumb and silly, but in an endearing way with a good number of memorable characters despite the simple nature of them, and a perfect fit for this type of game. As far as quality of content goes, the main story is short but well paced and plenty of really good side quests, the more filler stuff are small, contained challenges, like placing bombs in specific places or traversal missions and the like, but is still part of the inherently fun gameplay of SO, so is not that bad. And the DLC missions are quite something, elevating the ridiculous and fun world of SO even more.

The only real flaws the game has are, 1. the enemy design is a little too generic, none of them feel like they belong only to SO and 2. the game is sometimes glitchy, had a couple of times where the next cutscene wouldn't play out, forcing me to restart a mission.

Other than those couple of hitches, Sunset Overdrive is as videogame as it can get, which is really the highest form of praise I can give to the current industry.