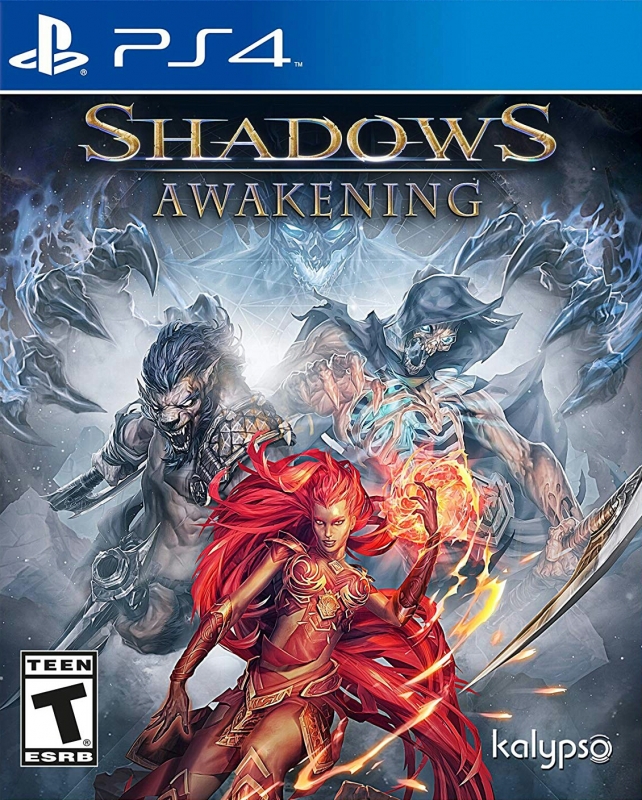 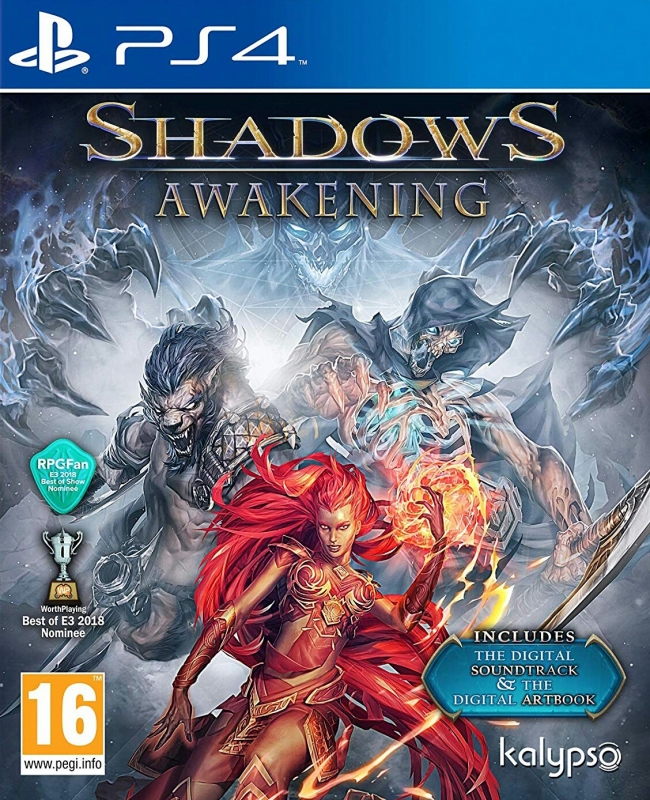 ''There's been an awakening, have you felt it?''

Shadows: Awakening is an Isometric dungeon crawler RPG that is published by Kalypso Media Digital and developed by GamesFarm. Take control of a demon named Devourer and consume the souls of fallen heroes in order to embark on a long journey to gain revenge and power.

After members of the council known as Penta Nera are assassinated, demons known as ''Devourers'' come to claim the souls. As Devourers you possess the power to take on the abilities,personalities and skills of fallen heroes in order to claim revenge and gain power over people that have wronged you. Do you have what it takes to achieve these goals or does it come at a price you aren't willing to pay?

Shadows: Awakening is an isometric rpg dungeon crawler in the vein of titles like Diablo and Neverwinter Nights. As stated above, you take on the role of a demon named Devourer who steals and takes the souls of past heroes/warriors and takes on their physical form,gains their abilities and possesses their personalities. You can get multiple souls to possess,ranging from Mage,Ranger and Warrior, with all of these characters having their own unique characteristics and skills that must be used in conjunction with the power of Devourer in order to complete your adventure.

One of the main aspects this game tends to use is the switching of worlds and realms. During your playthrough of this game you are able to switch on the fly from your main human character that is present in the main land of the living, then you can change to the dark realm of demons that coexists along with it. In both the land of the living and in the demon realm, secrets can be found in each one that cannot be discovered in the other, so it is imperative that you switch back and forth between each realm as often as you can in order to find money,new equipment and even new abilities. It is also crucial to know that the demon realm is sometimes the only way to find a new path that isn't physically there for the human world. So if you are stuck, use the demon realm!

The variety of characters this game offers you is a very good amount,coming in at a total of 14 different characters to choose from,this allows you to play with any style you wish to play as. Each character also has their own skill branch that you may level up and expand to get new skills,abilities and obtain new armor and weapons for your character of choice. One thing though, having this many characters can get a little overwhelming when you're like me and just can't make up your mind! It seriously took me a bit to choose which one suited me the best.

If you're a fan of games like Diablo and Neverwinter Nights then I would assume with this game you will feel right at home. It operates in the same manner with the camera aimed at a top down angle and with you equipping multiple different skills at a time to use against your opponents. Some spells doing massive damage to your foes, some of the immobilizing them and some  that allow you to take possession of an enemy for a short period of time. Use your skill points wisely to unlock these, some are more useful than others and picking the wrong skills can leave you in a world of hurt against an enemy that's immune or strong against it. Also keep a keen eye on your MP meter, should it get too low,your skills will be rendered useless.

Like any rpg, you're not confined to just one linear area only and it is your job to explore in order to find different areas to dungeon crawl in and loot for any new items and equipment that you manage to pick up along the way. You venture through areas such as classic dungeons that you'd normally see in games like this,but also venture off to towns and rusty cities. Going to these areas is also a good way to level up each character as they're all swarmed with multitudes of  enemies in the human world and in the demon realm. Switch back and forth any time you need to and grab any red pillars in the demon realm for loot drops or as a human open crates and chests to find many goodies.

One of the things I like in this game that sets it apart from games in this genre is the use of puzzles, for instance as a human you'll see a swinging pillar, but as a demon time is stopped,this means you need to time your realm switches just right to get across a platform.  This makes puzzles interesting and extremely fun to play through and some are even pretty hard to figure out, well unless I'm just dumb that is! but I don't think so!. Completing these sets of puzzles allows you access to the places I mentioned above, such as new dungeons,new towns and cities where you can pick up multiple quests or buy stuff like weapons and armor from local vendors. You never know when you'll need a quick upgrade, so keep your eyes open.

The overall length of this game depends on the type of gamer you are,your style of play and what difficulty setting you play on. Another factor that plays into this is what exactly are you aiming for when playing the game? are you here just to complete the main story or do you aim to be completionist and finish all quests in the game. If you choose to just go through with the main story and call it a day then you will be looking at roughly 15-20hrs of solid game play with the story mode before you call it quits. However if you choose to complete all quests then you might be nearing the 45hr mark on easy/normal mode. There's definitely no lack of replayability in this game, you get everything you ask for and more.

Before I wrap this all up, I need to say some of the things I felt this game was lacking in or things I didn't really like at all. The main things I didn't like about this game were the loading times,enemy variety and the character voice acting. These things were my main issues with the game that kept eating at me during my playthrough of it.  The loading time for instance are way too long,especially for a dungeon crawler like this where you're constantly switching to different zones/areas. Each loading time feels like forever, when in actuality its around 20-30 seconds per loading screen. It wouldn't be a problem if you weren't constantly switching zones to each new area, but alas, that's mandatory in this genre, so it definitely will bore the hell out of you after awhile.

My gripes about the enemy variety comes down to there being a lot of repeat bad guys. After awhile fighting the same type of enemies can feel a bit dull and maybe even a bit cumbersome. There is also several glitches where enemies seemingly get stuck in objects in the middle of the room such as rocks or pillars and even in some cases where an enemy is lodged inside of a wall that I can't get to. I mean maybe that can seen as good thing to some if you're close to dying and you can't afford to fight one right now so it makes it a blessing in disguise, however if you're trying to grind for exp, it ruins your day.

Lastly I want to get to the voice acting. But before I do that, I want to start off by saying that not ALL the voice acting was bad in the game,most of it is quite good,but there are a few performances that fell a little flat to me. While some voice acting sounded lively and vibrant, other not so good voice acting came out very bland,monotone and sounded like very little heart was put into the project. When you have great voice acting most of the game and then run into subpar voice acting not too long after it, it really throws you off and makes it extremely noticeable. Might seem harsh, but I have to be honest and just going off my opinion.

It's been awhile since I've played a game in this genre and I came out of my experience pleasantly surprised by this game during my time with it. Shadows: Awakening besides some subpar voice acting,enemy variety problems and loading times, manages to show you why the isometric rpg genre is so good and so addictive. From the somewhat complex puzzles,the great dungeons and areas to explore, to the variety of characters skills at your disposal and the maximum replayabiltiy you are offered through the games plethora of quests to unlock and complete, Shadows: Awakening to me is a must buy for any fan of this genre.

Shadows: Awakening is out now on Playstation 4,Xbox One and PC