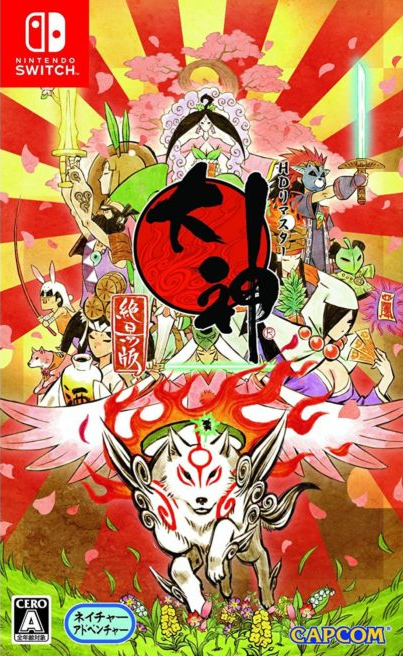 There are hardly words one can use to describe this adventure's magnificence. Ōkami is that kind of game that just takes you on a thoroughly enthralling journey and only ever strengthens its grip on your heart, leaving you completely floored by the end. Which, of course, means I am floored right now. 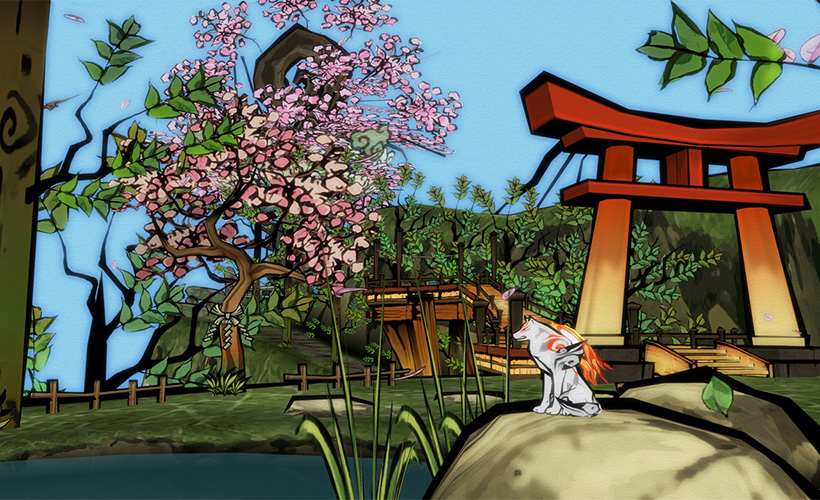 So, let's begin with the Switch-specific stuff. Is this the best version of Ōkami? Short answer, yes, hands down. Ōkami HD on the Switch features basically all the best features from all of the game's previous versions, including flawless motion controls (much improved from the already solid Wii version) as well as traditional controls, all the quality-of-life upgrades brought by the other HD re-releases, and of course some new perks of its own such as the touch controls (which are also very well implemented) and of course, portability. It never drops a frame either, so there's simply no reason to pick another version if you own a Switch. The only thing missing from total perfection here is the original PS2 credits song ("Reset"), which is still absent unless you change the language to Japanese (only tested in the Japanese version of the game!). Of course, this has been an issue in every re-release the game's had, but it's a shame it still hasn't been fixed once and for all.

That one nitpick aside though, this is as good as Ōkami's ever been. I recommend playing on the split Joy-Cons on TV or Tabletop mode for maximum enjoyment, as the motion controls work wonderfully well both for drawing and for fishing (and thankfully absent from combat this time). However, they can be particularly awkward on different control settings, so if you prefer to use a Pro controller for example, I'd recommend leaving motion controls off.

What else is there to say, though? I haven't even gotten into what exactly makes the game so good yet, because it's a combination of everything, but it's also highly personal. There's just something about traditional Japanese mythology that fascinates me, and when such a great game comes that revolves entirely around it, I can't help but be amazed. Gameplay-wise, though, this is obviously known as a Zelda "clone", though it does enough to differentiate itself with the Brush gimmick and the different style of combat, and of course being very unique thematically. As a game, it outshines most Zeldas out there, though it's not better than them at what they do best - the dungeons, that is. Ōkami's dungeons are not exactly stellar, though there are a couple of standout ones and they do make up for it with interesting bosses. Sadly, just like most of the older Zeldas, it is a very easy game, meaning the risk of death is essentially nonexistent even by the end. You can try to make it harder by creating self-imposed rules (I never use items during battles, for example), but even then it is hard to make it hard.

Because it doesn't focus as much on gameplay, however, Ōkami's lenience doesn't really matter as much as it would in an otherwise easy Zelda game. Instead, the main centerpiece here is the story, which is amazingly well written and filled with memorable character arcs all the way from the main protagonists to some of the most irrelevant NPCs, has an amazing sense of humor, many surprising plot twists and ultimately more than one moment that will leave you in tears... which is very rare for a game. It's also all powered up by one of the finest soundtracks in gaming, with a stellar selection of songs that can both be great to listen to and fit in perfectly with each and every in-game situation, and work beautifully in tandem with the story and visuals to create an experience unlike any other.

I can't really recommend Ōkami enough. It's been two years since I first played it, and with each passing year and playthrough I only ever seem to love it more - it has something truly, truly special about it that just can't be compared to anything else out there.