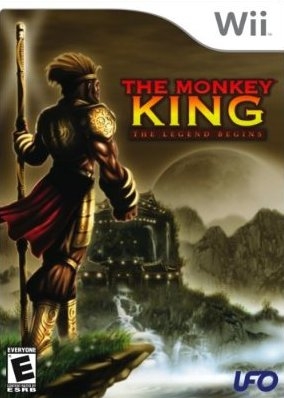 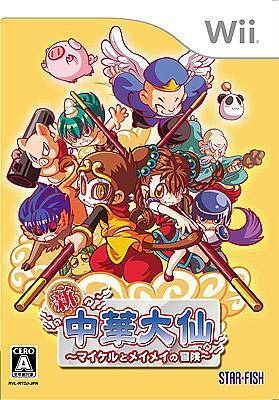 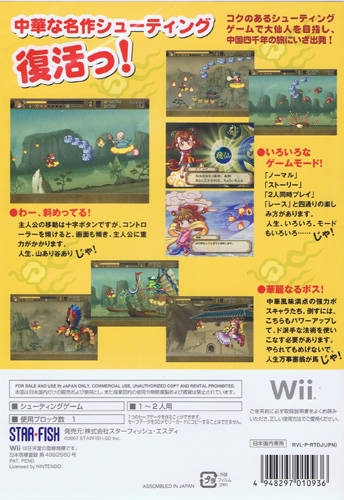 A Flying Monkey That Misses His mark

Sometimes a premise is so simple that I cannot understand how it could possibly go this awry. Take a colorful cartoon character and then have him apply progressively extreme murder to the countryside as it scrolls by. This is the stuff classic 2-D shooters have been based on for years and you would be better off playing one of them instead.

What frustrates me the most about Monkey King is how promising it first appears to be.  The art is enjoyable and music lively. If you enjoy retro shooters, the game looks like it will meet your needs. Only after playing for a few minutes does the shallow gameplay become apparent.

Holding the Wii remote sideways, the D-pad controls movement while 1 and 2 fire your primary and secondary weapons. The one twist in the controls is that tilting the remote from side to side slows and speeds the gameplay.  The idea is novel but is easily abused to bypass levels or slow enemies to a easily killable crawl. Still, the flaw in control is tame enough that if the game were enjoyable otherwise it could be forgiven.

The real issue with the game is the utterly bland gameplay and recycled bosses. Each level feels like a clone of the last, and in fact some levels are just previous levels in reverse- complete with a boss fight at the start of the level. The enemies that inhabit the stages behave the same way on each level. After twenty minutes of gameplay you have seen all that the game has to offer, several times.

As a fan of budget gaming, I don't mind flawed but enjoyable games for the right price. Had this game been a $5 dollar Wii Ware title the pricetag would still be too high compared to the minimal entertainment it provides compared to some of the Virtual Console classics. As a $10 dollar game bought retail it is a terrible value best overlooked for more promising budget titles.

Writer's note: This was just kinda a jotted entry. I have been thinking about  being more active here again and decided to write a review for a game noone should get offended over. Feedback is welcome.