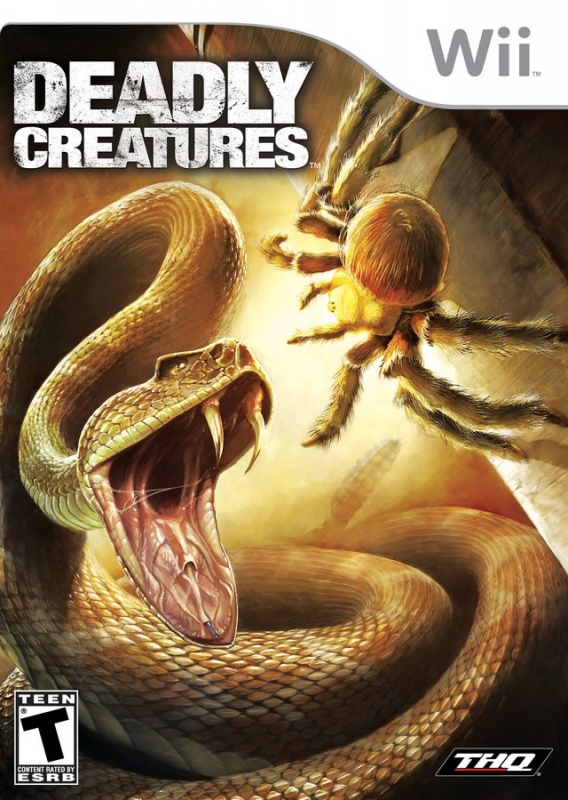 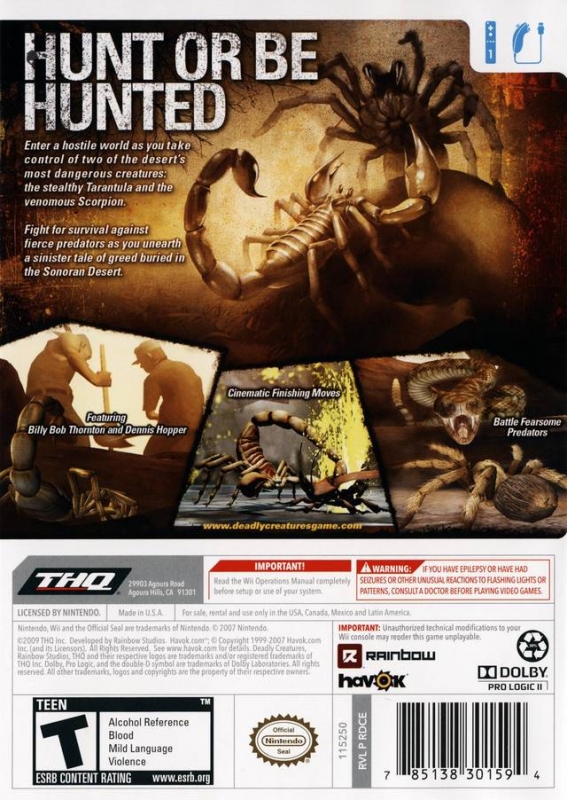 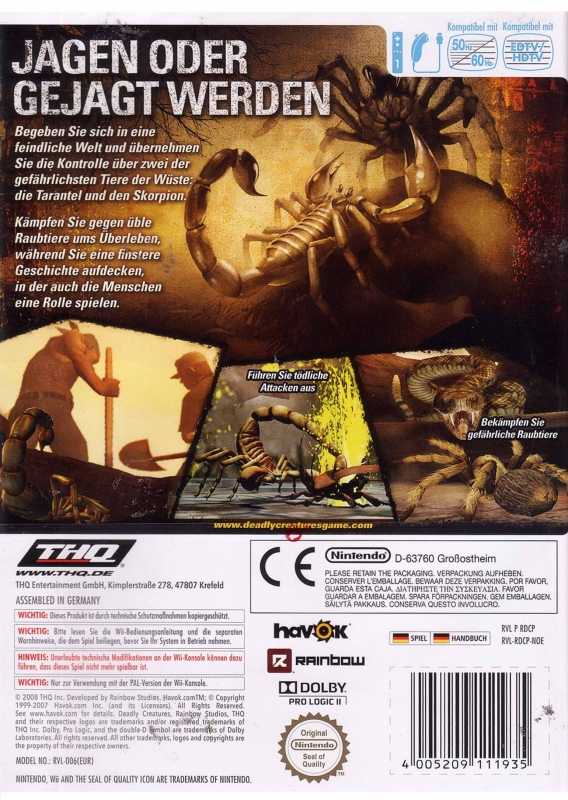 A unique and wierd game yet so small

Presentation - 8.5
Gameplay - 8.0
Value - 5.0
This game let's you fight against other bugs and has exploration elements. Or atleast that's what they say of course. Though this game will only be fun only on wii

Deaadly Creatures is a unique game. But not for the gameplay. More for the content. The game has you as 2 bugs. A spider and a scorpian. Now the game is dull one to fun at times.


The gameplay makes YOU go around and explore around in the wild. You are fighting through. As you go through everyday life. The game looks really good for the wii. It looks realistic at times. Though you'll see as you play. The game is a eye candy game. Most of the fun comes from the enviroment. Your all like "Whoa!" and
"wonder what's behind there" You'll have fun see the diffrent enviroments. The irst time playing this game you never really want to fight the monsters as you just want to see the game. That's where a problem lies. I will talk about later though

The graphics are what enhances the experiance. Though like I said it looks good at times. Though because of it. We have to go through loading time. Which is annoying at times.  The sound are all done right. Though the music is dull. You never hear music. So its quiet. Though it makes sense. You'll never hear random music when your walking outside. But this is a game right?

The story is alright. This is one where the story is just a excuse to do somthing really. Not much to add here moving on

The bad thing about this game is that it has little value. You can finish the game in 6 to 7 hours. Shorter if you rush through. You might play it 2 times. 1st to see the game and than 2nd to fight. The game only redeeming factor for fight that is shallow and requires no skill of memorizing.  Is the motion controls. The motion controls give you the sensation of wow I move and kill the monster awsome! It feels good to kill a thing with motion controls. Despite it feeling tacked on at times. Had they used motion for the fighting. This game will be better in value.

The game is alright. Though you'll play it once or twice and never play it again. The game will most proberly only be done on wii right. The motion controls is what makes this game more fun. You'll non want to play outside the wii. ;-)