Avant-garde game design at its most mundane

Presentation - 8.0
Gameplay - 3.0
Value - 2.5
Dear Esther: Landmark Edition reappears for this generation and still presents a sophisticated challenge on what to expect in a game, yet stumbles on the most elementary methods.

[NOTE:  While the majority of this text below was for Dear Esther (PC) back in 2012, I wanted to take another stab at crystalizing my thoughts on the trend-setter for walking sims and how this landmark holds up.  Tweaks will be mostly applied to how the game translates to the Xbox One visually and expands my overall thoughts.]

For a time, independent game studio The Chinese Room had only been known for their Half Life 2 mods.  First released in June 2008 as a free mod for the Source engine, Dear Esther was completely reworked for a commercial release in 2012 on PC. Fast forward to this gen: Landmark Edition has been ported from Source to Unity 5 and released on PS4/Xbox One.  “So, what exactly did this team do that changed things back then?” I hear you say.  The key thing to consider: design ethos.  Unwilling to bow down to conventional game wisdom, Dear Esther is a game that focuses more on stimulating the player through abstract storytelling instead of game mechanics, an ambitious attempt for its time—and I‘d argue still today.  While there’s much praise to be given in what it’s trying to attempt, there’s less admiration in what’s actually accomplished.

The game starts off displaying its epistolary narrative as this-supposedly-shipwrecked person gives his monologue to Esther. Only a few feet away from the starting point is a run-down cabin and lighthouse that looked to have been abandoned for years. From here, your investigation of this unnamed Hebridean island begins taking a turn for the stranger. 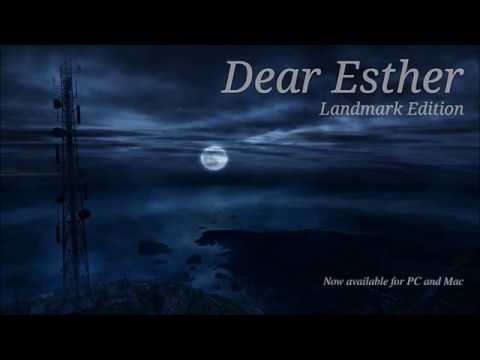 In regards to quality, this enigmatic story is one of the most erratic and engaging to be played in recent history. During the long hike to the end, many of the “Dear Esther…” lines throughout the adventure evoke a sense of an awesome tragedy that’s rife with interesting symbolism, although certain biblical references feel clumsy. For every thought-provoking account by our unnamed character there’s often a tawdry line or two that sticks out like a sore thumb; most noticeably, narration comparing body parts to the island can come off as pretentious. While these tasteless lines jut out every now and then, there’s more often an eloquently-delivered, elegiac narration that provides a unique texture to these environs.  The inconsistency is rather disheartening, but the great moments will more than likely be remembered.

Towards the end in particular the writing straddles a line between deep and intentionally vague.  And—ironically enough—such circumlocution feels exasperated by the different lines delivered from multiple playthroughs.  And you may say “well…there’s impetus to replay to get a fuller understanding of DE’s motifs!”  To that I ask: so now there’s a demand to replay earlier chapters, which are sporting new lines, for an overlap towards the end to clarify previous inquiries?  Homework for art’s sake seems like a poor dodge here.  I find it really tough for anyone to disagree that the final act has examples of bad storytelling. To note: the only way to decipher a long, final sentence written on the cliff side is by strafing left and then right up flights of stairs while writing down these painted words on a notepad with your free hand (fine exaggeration, but you get the point).  Even for someone who can find delight in these sorts of demands, the lengths writer Dan Pinchbeck goes here sometimes feel showy for the sake of it. 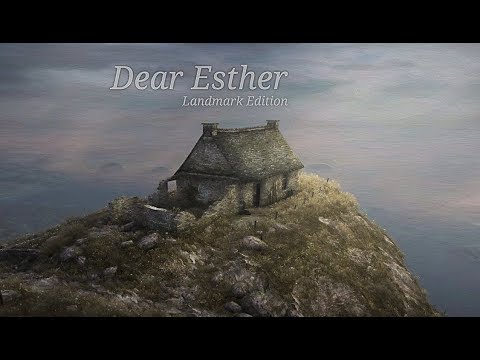 Back in the day, I found these visuals to be some of the best for an indie title.  A bit dramatic to say in hindsight.  But the amount of extra detail in the final product compared to the mod when it first released is astounding.  From the draw distance of steep cliff heads to refulgent caves glimmering from the slightest hint of light, there’s some artistic detail to appreciate from beginning to end.  Even today, I’m not iffy about Dear Esther receiving visual design nominations in 2012; although this moderate update does showcase technical limitations inherited from years previous it’s also impressive because of it.  Graphics hold up by veering away from pixel-counting at 100x zoomed-in screenshots and instead interweaving a furtive, dour mood so consistently throughout this locale; it’s less of say…an art style and more of fastidious ‘geography-crafting’ that maintains a coherent mood throughout.

The sound in respect to voice acting and musical score are what truly shine. Despite being the only voice you’ll hear, Nigel Carrington’s excellent British accent made every read letter to Esther a treat to hear, even when the words would fall flat. Starting out as a more stolid narrator, his emotions begin to grow more and more near the finish line. As he became more acrimonious of the situation I too felt more hostile about this island and the guilt subsisting therein. Supporting these moments is a well-rounded soundtrack that contains a variety of stringed instruments, piano keys, and uncomfortable rhythmic chants. Specific moments of discovery in Dear Esther become unforgettable thanks to these excellently-paced scores. While the majority of foley is constrained to basic expectations like soft footsteps in sand, windswept beaches, water droplets in caves, etc., sound design still works to bolster DE’s greatest assets. 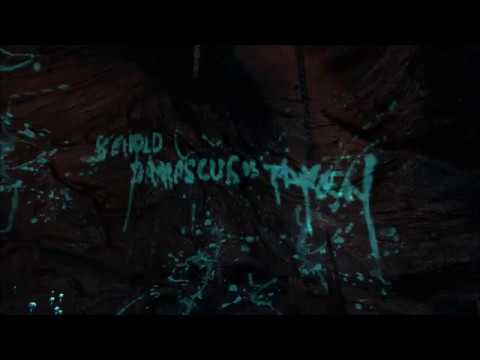 The gameplay, or lack thereof, in Dear Esther is the weakest aspect. You’re limited to left and right control sticks to move and look; any button can be used to zoom-in on items scattered about; swimming is intuitively handled with the control sticks as well.  Even from this reduced setup control sticks can get you through without issue, as there’s no oxygen meter for the short underwater sections. What this all amounts to is overbearing control on player interaction.  Even crouching is done automatically.  While the idea of limiting the player speed to the ambling of a dotard and turning the flashlight on naturally in dark areas does make sense from a pacing perspective, it also feels like a way to hide that this could be finished in a half-hour if it had expected functionality (average run-time will be around one and one-half hours).

While it may seem strange to lynch-pin storytelling with gameplay, this is one of those rare cases where it makes sense for me. Dear Esther is reminiscent of the “Iceberg Theory” (found most popularly in Hemingway’s books) in regards to both narrative and gameplay. Similar to an iceberg, the twenty percent all gamers see (the control scheme/mechanics) is there and limited, while the other eighty percent (emotional exploration through storytelling) is meant to be deciphered by the player experience.

Conceptually, this idea does make sense; however, Dear Esther’s scant monologue given to those who purposefully go off course harms what seems to be a brilliant idea. Even after wanting to get lost to hear more narrative, I was rarely rewarded for my searches. There are so many times presented for the player to either examine work or discover something, yet is treated with silence.  Even light green words etched across cliff walls don’t present anything that gives a better direction to this vague story. After becoming lost so often with little reward for it, it came with great disappointment to realize Dear Esther’s overall gameplay is downright obstructing, both above and below the surface.

Value is something that was challenged accordingly back then and it’s fair that such grievances apply today.  Ten dollars is still a steep demand for a game that could be completed in just over an hour—without forgetting the artificially slow walking speed too.  But to Landmark Edition’s credit there are some appreciable expansions like subtitle options, achievements, and some urns to “collect” (or really just be in close proximity to count as discovering them).  The biggest one of all would be the optional developer’s commentary where Pinchbeck, musician Jessica Curry, and artist Robert Briscoe discuss their thought process about the game’s intent and layout.  Even though I maintain a…fiery criticism against some of DE’s fundamentals, I still gleaned some interesting viewpoints about what the game meant to them. 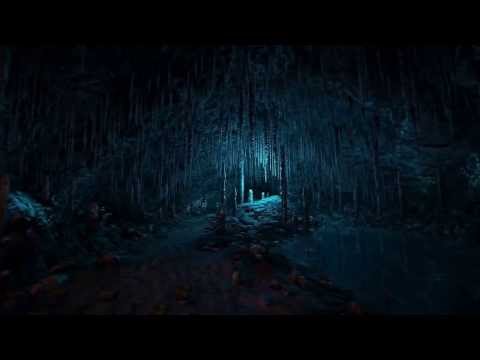 While Dear Esther does feel lacking in many regards, I still believe these types of games deserve a place in this medium. You can have great story-driven titles with limited control schemes, but you’ll lose me when they feel so bare-boned. For all the criticism given to hand-holding in popular shooters, I don’t see why heuristic titles that offer scant rewards for discovery shouldn't receive the same amount of acrimony from gamers; in fact, it’s nice knowing I’m not going to be fooled with those other popcorn titles into falsely believing there is something tangible between point A and point B.  I can appreciate some of the lyrical tapestry woven throughout this narrative and the excellent visual/audio design; however, it comes at the detrimental cost of treating players like a nonentity, unwelcome to any tangible experimentation with this game’s world.

In the end, Dear Esther: Landmark Edition reappears for this generation and still presents a sophisticated challenge on what to expect in a game, yet stumbles on the most elementary methods.