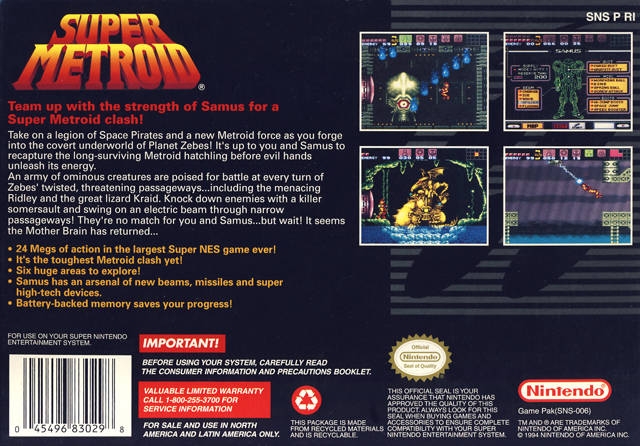 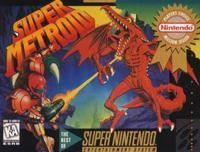 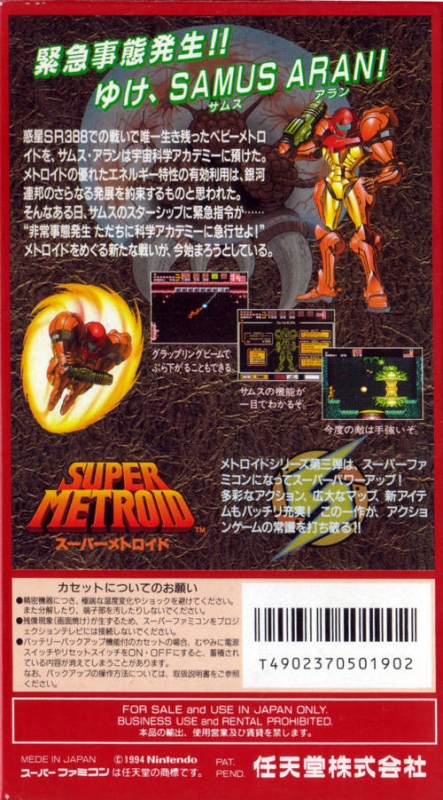 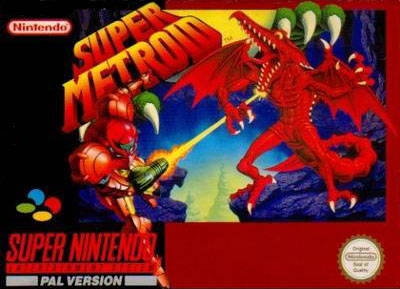 To defeat mother brain, either have the infinite energy tanks code or the hyper gun code. With hyper gun, shoot him simply in the head and don't stop.But, remember to dodge his stuff he shoots at you if you have under 9 energy tanks. He will then blast you with a vicious brain wave. Be sure to have plenty of life when he does so. Then after you can't get up, he attempts to do it again, but your hatchling comes in and saves your life. He gives you full life, and when he gets killed, you get the hyper gun in which hurts the mother brain badly.You should then be able to beat her easily.If you have the infinite energy tanks code on, then when he has you so that you can't get up, take the code off. When he starts doing the brain wave thing the last time(when metroid comes in), put the code back on and beat the game. Note: When you beat the game, you get 3 minutes to get to your ship and leave.
Back to Cheats