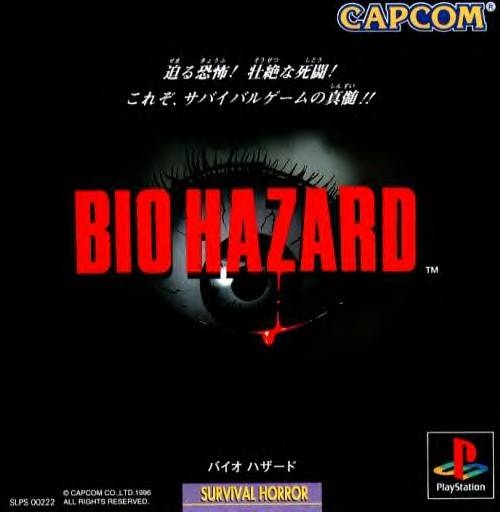 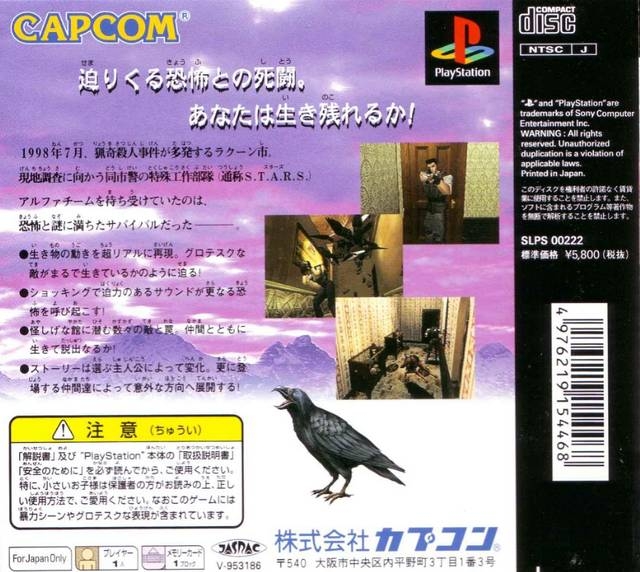 Change clothes
Rescue the other two players and finish the game. The phrase "You've got the special key" will appear after the credits. Save the game. Start the game that was just saved. Enter the room with the large mirror on the second floor of the mansion. Unlock the door in the back. Enter the closet and move all the way to the end of the rack of clothes. A message asking "There is an outfit that fits you perfectly, do you want to put it on?" will appear. Select "Yes" to change your character's clothes.

Reset game
Pause the game during play and press Start + Select. The game will reset and return to the main menu.

Killing Plant 42
Chris can save ammunition when fighting Plant 42 by using the combat knife. Only about a dozen hits with the knife are needed to kill it.

Easy kills
When playing as Jill at the very beginning of the game where you go into the dining room, instead of going into the hall to fight the zombie where the dead Kenneth is, run back into the mail hallway where Wesker is located. He will say something, then you will return to the dining room. Try to leave again, then walk up the side where the clock is. A zombie will appear there, and Barry will kill it. From this point on, all of the zombies will die in three hits.

Getting the Star Crest
Go to the hall with the numerous paintings and crows. Put the switches behind the paintings in the following order: new born baby; infant; lively boy; young man; middle-aged man; bold looking old man.

Save ammunition as Jill
When playing as Jill, do not shoot the first zombie that is standing over Kenneth's body. Instead, run into the dining room. Barry will speak to Jill before the zombie comes though the door. Barry will shoot it three times, blowing off its head.

Save ammunition as Jill or Chris
Stand behind the statue in the room above the dining room. When the zombies come up on the other side, they will try to walk through the statue leaving you free to knife them to death.

Meet Barry in save room
When you start the game as Jill in original mode, after talking to Barry in the hall, go to the dining room. Then, go to the piano room without looking at Kenneth's dead body. Play the piano, then run to the left stair's save room. Save the game and put all your weapons in the chest. When you go to leave, Barry should enter and update you on the mission.

Bad language
Start a game as Jill. When Barry and Jill are asked to check out the dining room, follow Barry. When you are in the dining room, run out into the hall way. The captain will ask "Have you investigated?". Re-enter the dining room, then try to leave once more. Barry will stand up and say "Scared already... It isn't like you Jill". Walk near the clock. A zombie will come through the door. Barry will shoot it and then use some bad language. Note: This trick does not work with Chris.
Back to Cheats