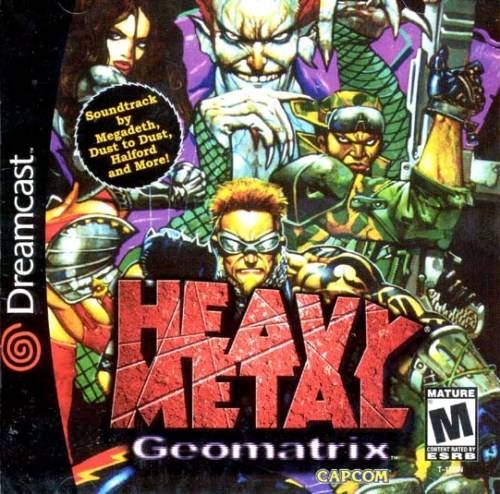 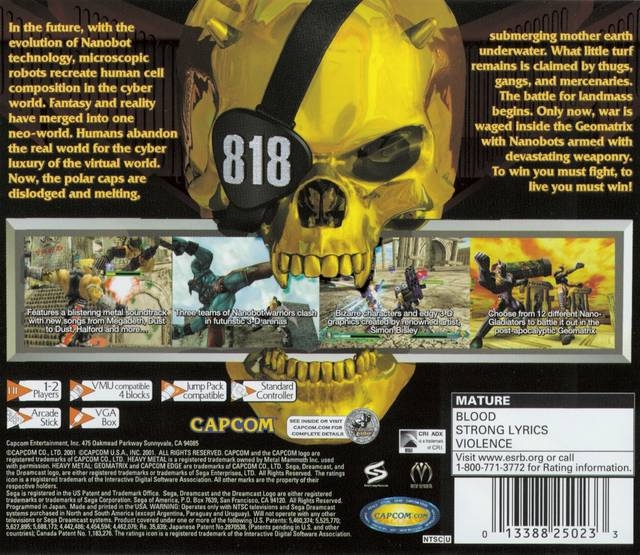 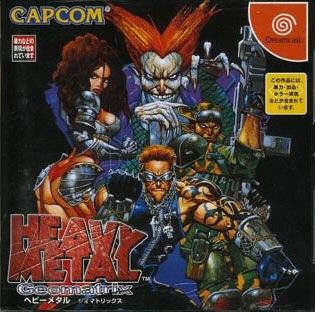 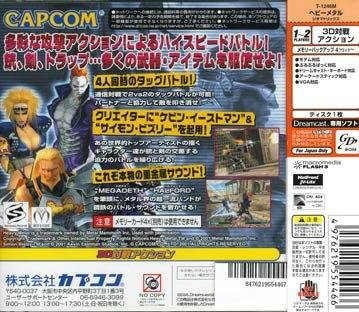 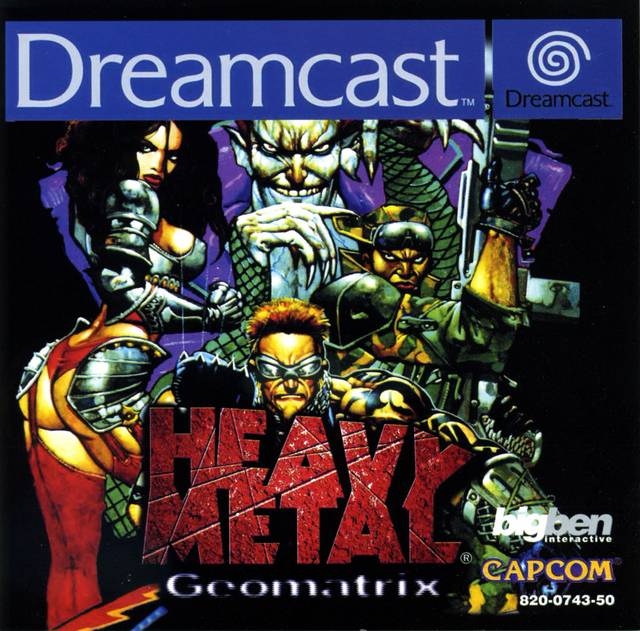 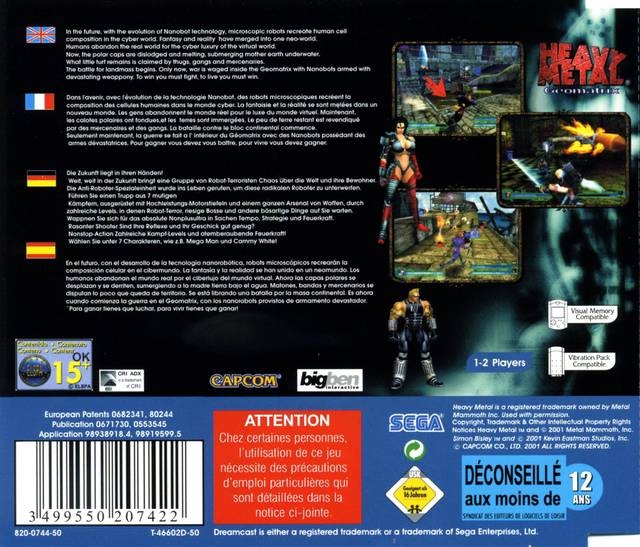 In the future, with the evolution of Nanobot technology, microscopic robots recreate human cell composition in the cyber world. Fantasy and reality have merged into one neo-world. Humans abandon the real world for the cyber luxury of the virtual world. Now, the polar caps are disloged and melting, submerging mother earth underwater. What little turf remains is claimed by thugs, gangs, and mercenaries. The battle for landmass begins. Only now, war is waged inside the Geomatrix with Nanobots armed with devastating weaponry. To win you must fight, to live you must win!