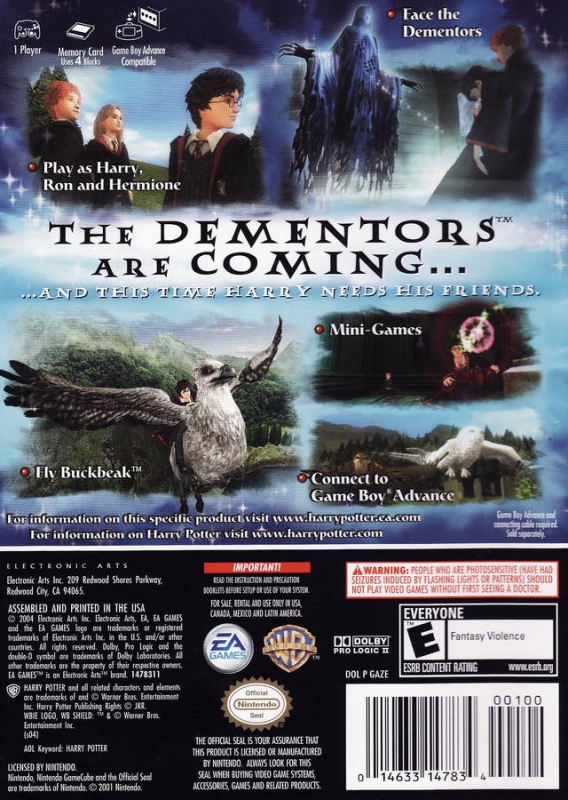 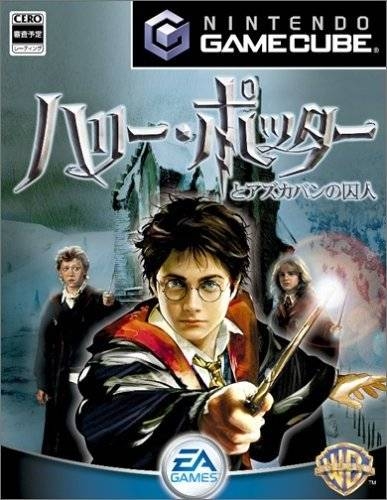 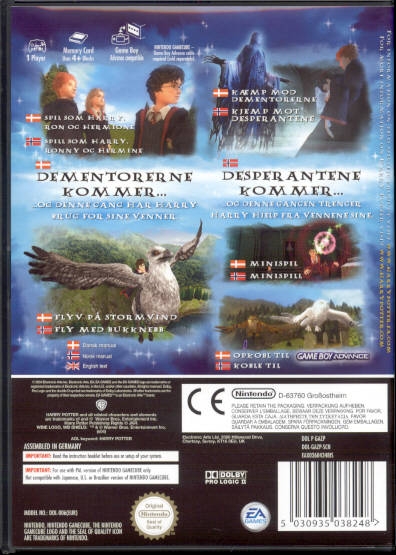 Harry Potter to Azkaban no Shuujin

Harry Potter and the Prisoner of Azkaban (GC)

In the Harry Potter and the Prisoner of Azkaban™ videogame, releasing in conjunction with the next movie, Harry Potter™ and his friends Ron Weasley™ and Hermione Granger™ return to Hogwarts™ School of Witchcraft and Wizardry. As teenagers back for their third year of study, they are engaged in the mystery surrounding Sirius Black™, who has recently escaped from the infamous wizard prison Azkaban.

For the first time, companion gameplay will allow gamers to play as Harry, Ron and Hermione, utilizing each character’s unique attributes and spells to solve team-based tasks and progress through the game. The three friends will need to combine their strengths and master a variety of fantastic new spells as they battle to overcome Harry’s most terrifying opponents yet: the Dementors, dreaded guards of Azkaban prison.

From the opening scene on the Hogwarts™ Express to the climactic closing finale on the shore of the great lake at Hogwarts, the Harry Potter and the Prisoner of Azkaban videogame immerses the player in the fictional world of Harry Potter with captivating gameplay and stunning environments and graphics that beautifully bring to life the magical world familiar to anyone who has seen the films.

Players will encounter a host of new characters and creatures, engage in a variety of sub-quests, fly on a Hippogriff, explore previously unseen areas of Hogwarts with the mysterious Marauder’s Map and take on their friends in multiple Mini-Games, including Duelling Club and Owl Racing, as they take part in the most exciting and challenging Harry Potter videogame adventure yet.