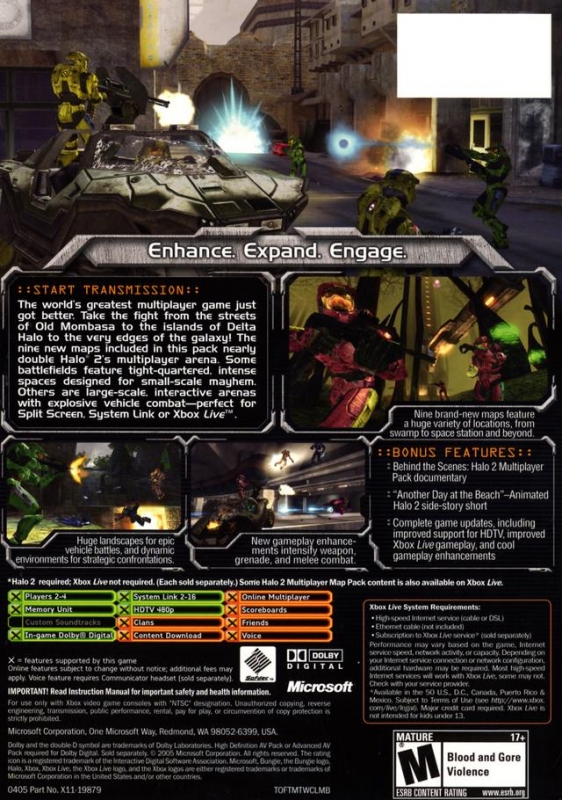 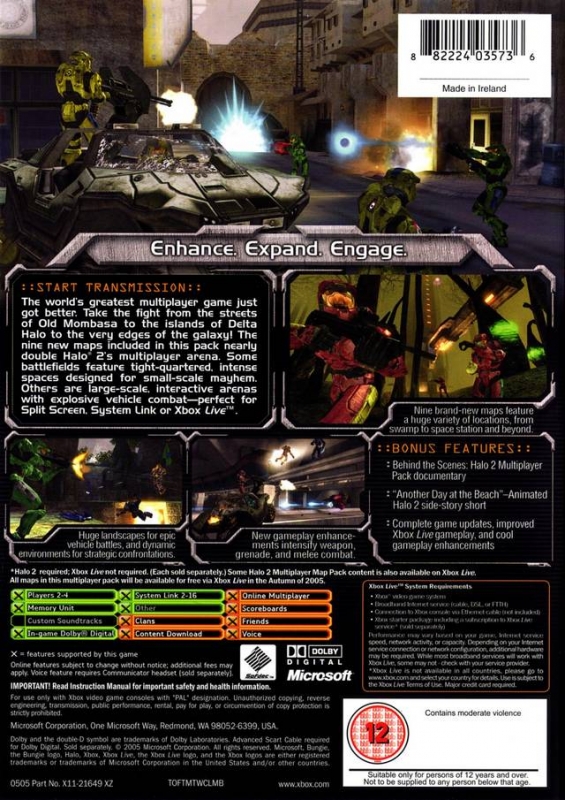 The Halo® 2 Multiplayer Map Pack, the first true expansion pack for a console title, adds nine all-new and highly detailed multiplayer maps to the most popular Xbox® game to date. Additional bonus content showcases previously unreleased footage including an animated feature highlighting an unseen battle in Old Mombasa and a mini-documentary showcasing the creative process behind the new multiplayer maps. In addition, the map pack disc contains the Halo 2 Auto-Update which provides gamers who do not use Xbox Live™ with the ability to enjoy recent gameplay enhancements and improvements. The map pack, from developer Bungie Studios and publisher Microsoft Game Studios, is Rated M.