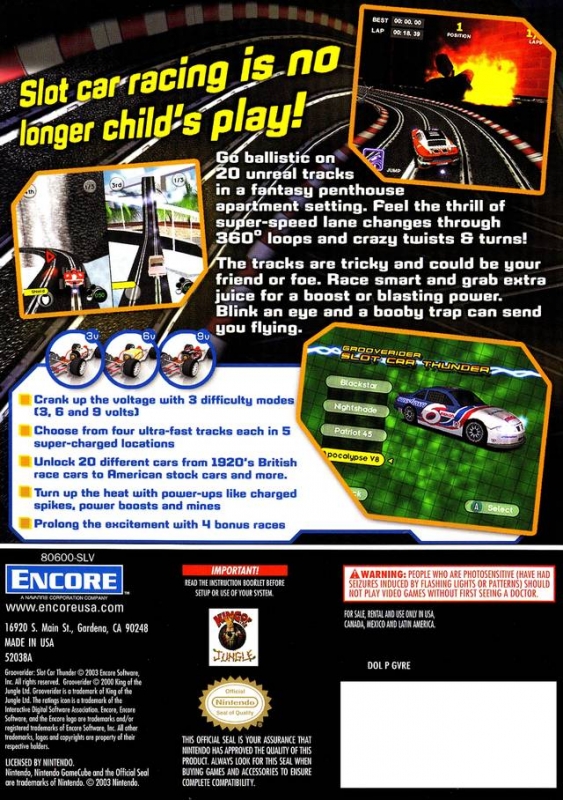 The tracks are tricky and could be your friend or foe. Race smart and grab extra juice for a boost or blasting power. Blink an eye and a booby trap can send you flying.