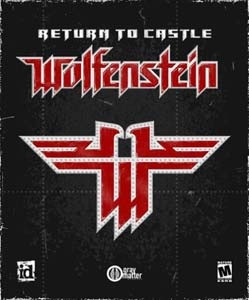 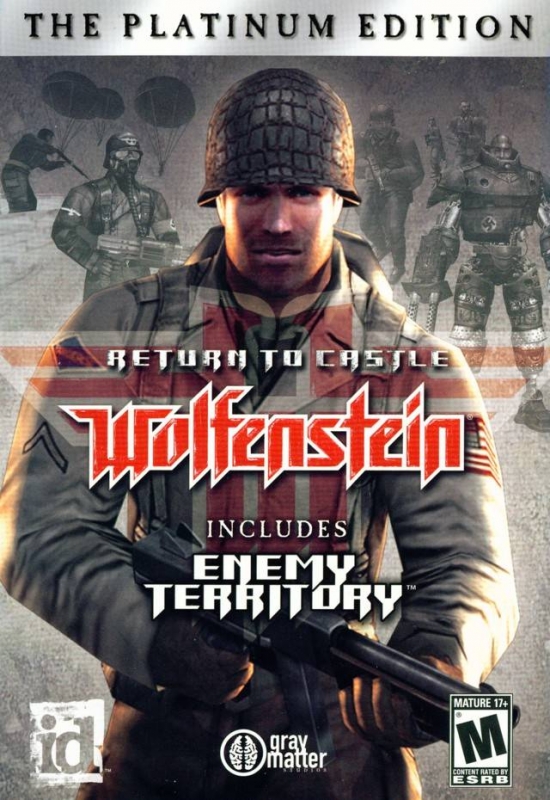 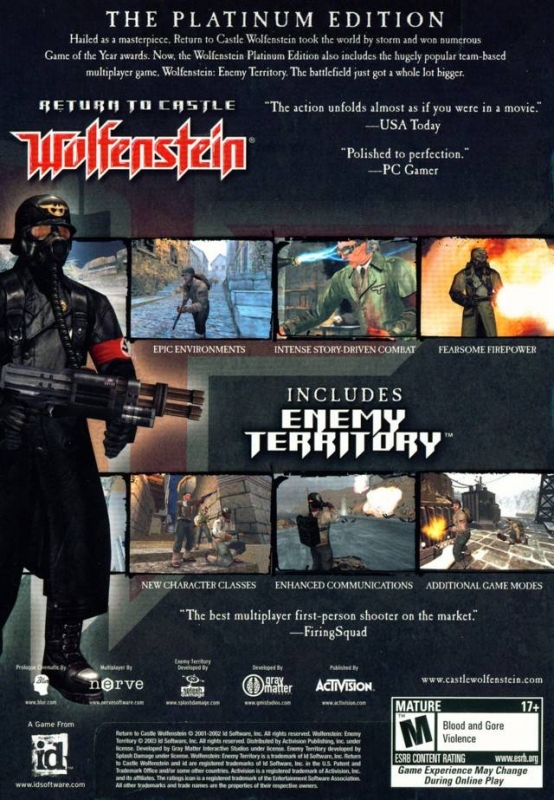 America - Back
The Platinum Edition 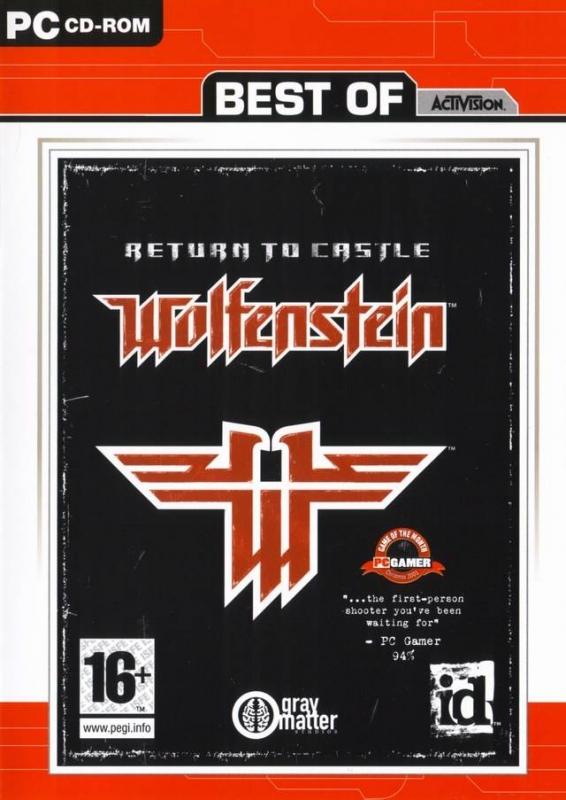 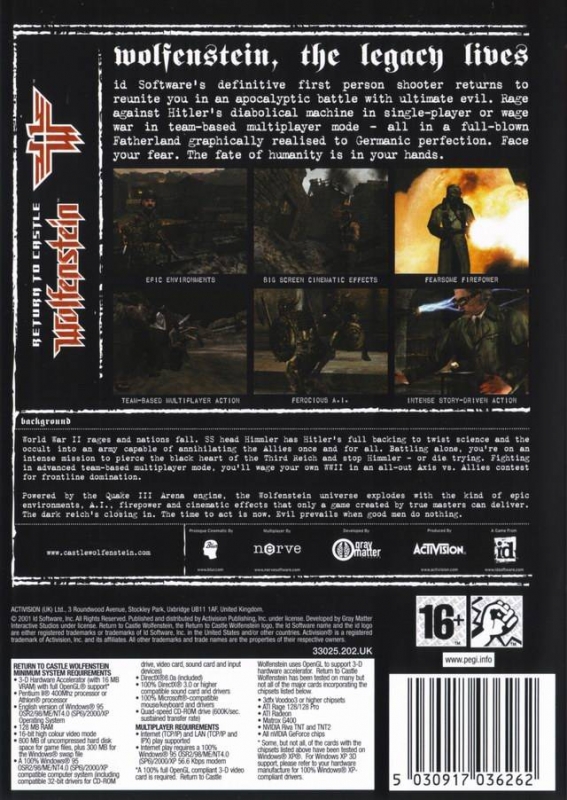 PAL - Back
Best of Activision 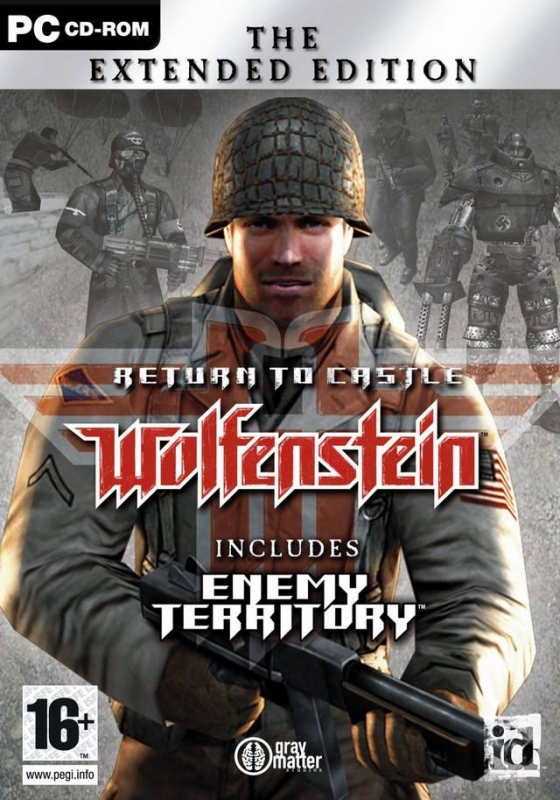 PAL - Back
The Extended Edition

1943. World War II is raging across Europe. The Third Reich will embark on any plan that will help them win the war, and this includes going far beyond conventional warfare.

You are U.S. Army Ranger B.J. Blazkowicz. The Office of Secret Actions has assigned you to investigate strange rumors of occult activity and genetic engineering. You are about to embark on a journey deep into the heart of the Third Reich to battle the most horrific creatures ever unleashed. You must face zombies brought back from the dead through dark magic and destroy mutants created through twisted science. All the while there'll be legions of Nazi soldiers battling to win the war.


In multiplayer mode, join the blitzkrieg in an Axis vs. Allies online world war. It's critical for your team of soldiers, medics, engineers and lieutenants to move like a well-oiled war machine. How well you work together when you're under the gun of an impossible mission and intense opposition will determine your ultimate success - or failure.