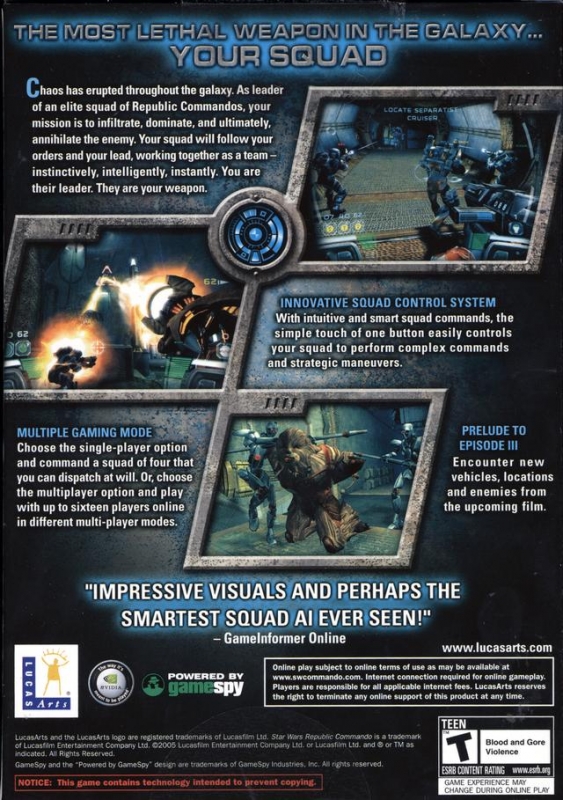 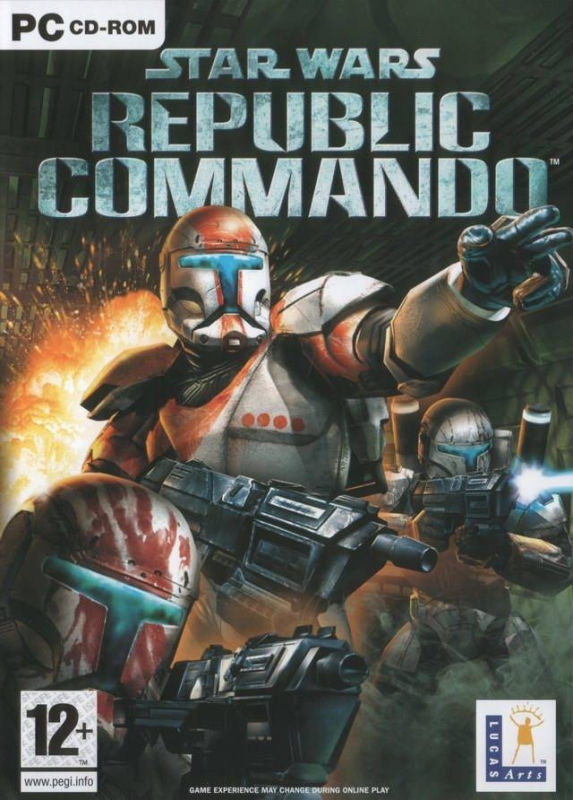 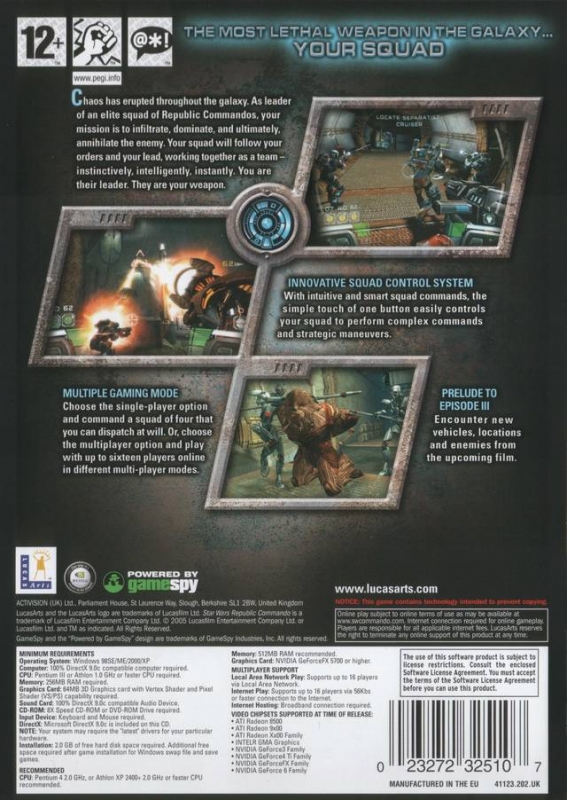 Star Wars Republic Commando is a squad-based first-person shooter that lets players explore the elite world of the Star Wars military. Leading a three-man squad of Republic commandos, players embark on a variety of missions that go deep behind enemy lines in more than 14 intense and challenging levels, spanning three unique campaigns. As a Republic commando, you will have more than a dozen deadly weapons at your disposal, including the game's ultimate weapon - your squad itself. The innovative "One-Touch Squad Control" system lets players command orders to their squad with the touch of just one button.