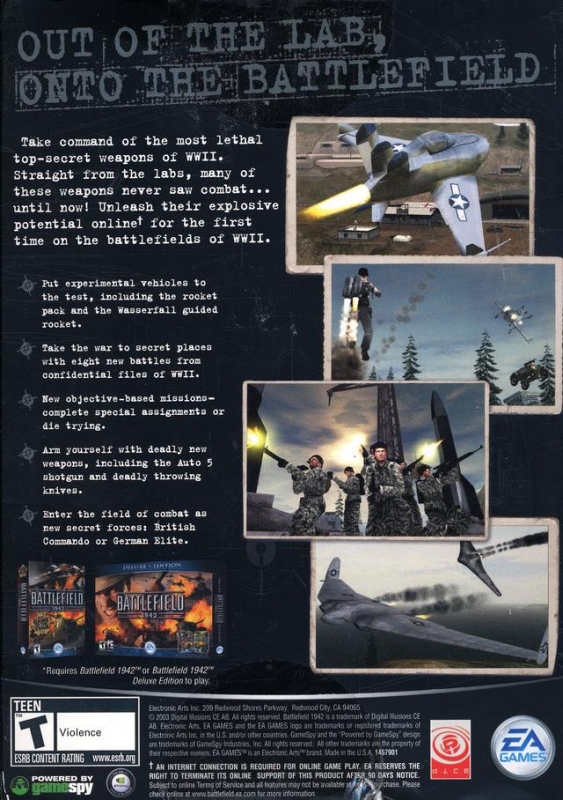 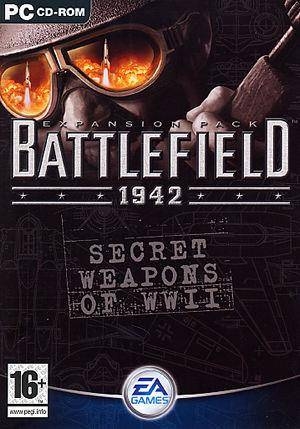 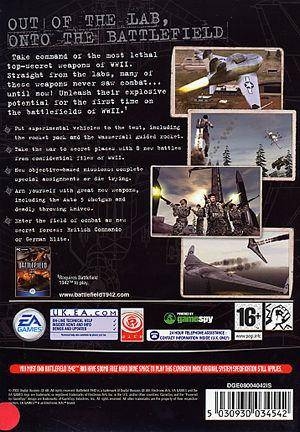 Battlefield 1942™: Secret Weapons of WWII, the second expansion pack to the highly acclaimed Battlefield 1942 title, significantly enhances the gaming experience by bringing the most bizarre and deadly weapons from the German and Allied laboratories to the Battlefield. From top secret, cutting edge weapons to secret forces and secret places, a new level of drama and excitement will be added to the Battlefield experience.

Many of the new vehicles and weapons featured in Secret Weapons-futuristic for the WWII timeframe-were considered extremely powerful yet experimental. While these armaments and vehicles are rooted in WWII history, many never saw actual combat, however, they are put to use in the game.

Secret Weapons lets gamers control and use new weapons and new vehicles in eight fresh WWII combat battlefields including, Telemark, Peenemüende (V2 research facility), Essen and The Eagle's Nest (Hitler's hideaway). All new battlefields offer unique settings from nightfall during the summer in Prague to a winter battle in Norway.

Secret Weapons brings the total of playable vehicles in the game to 46. In addition to the 30 vehicles in the original game that includes jeeps, fighter planes, tanks and aircraft carriers, players can operate16 new vehicles including a Horton HO 229 fighter plane that is equipped with a 30 mm machine gun. Other vehicles include a US Sherman tank with a T-34 Calliope (rocket launcher), U.S. Super Heavy Tank, Sturmtiger, Goblin jetfighter, C-47 cargo plane, Armstrong Whitworth AW-52, the German Wasserfall guided anti-air missile and the German Natter rocket plane.

In addition to offering innovative weapons and vehicles, the game also improves on gameplay by adding an "objective based" mode. In this new mode, players will be tasked with a specific objective to win the battle (e.g. destroy a secret facility).