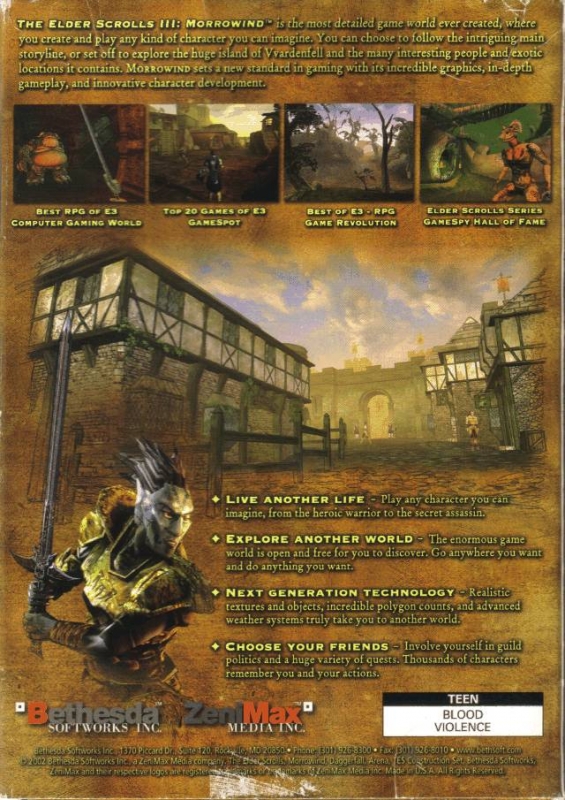 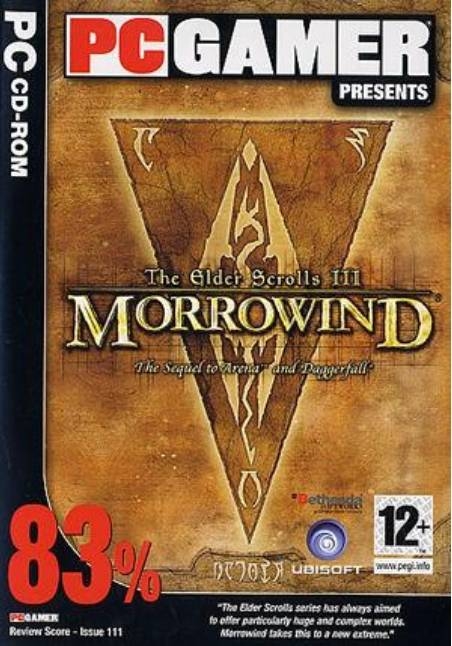 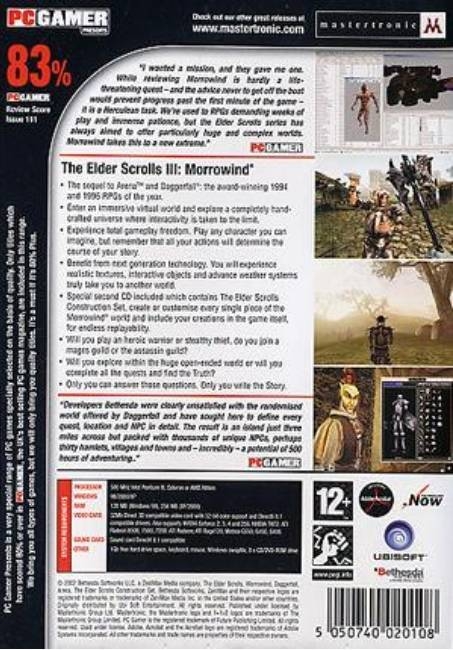 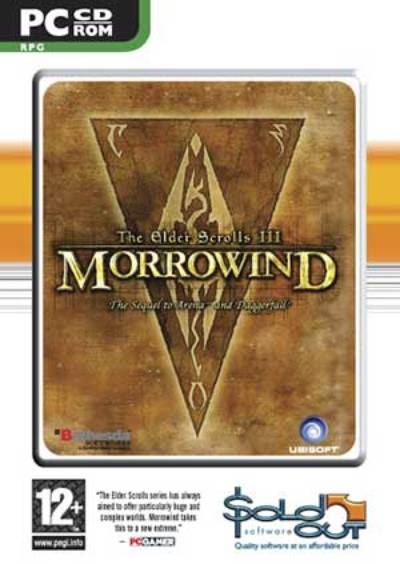 The Elder Scrolls III: Morrowind™ is the next chapter in the epic, award-winning RPG series and a game destined to redefine the genre by presenting the most detailed virtual world ever created. Four years have passed since the release of the last epic computer role-playing game set in the rich fantasy universe of The Elder Scrolls. Now, the acclaimed series that includes Arena (1994 RPG of the year) and Daggerfall™ (1996 RPG of the year) is poised to take the gaming world by storm again.

The Elder Scrolls III: Morrowind is an epic, open-ended single-player game where you create and play any kind of character you can imagine. Be the noble hero embarking on an epic quest, or an insidious thief rising to leadership of his guild. Be a malevolent sorcerer developing the ultimate spell of destruction, or a reverent healer searching for the cure to a plague. Your actions define your character, and your gameplay changes and evolves in response to your actions. Confront the assassins' guild, and they take out a contract on you. Impress them, and they try to recruit you instead. No two sagas are the same in the world of Morrowind.

You can choose to follow the intriguing main storyline, or set off to explore the huge province of Morrowind and the many interesting people and exotic locations it contains. Vast cities and remote villages dot the landscape, each with its own unique look and feel. Hundreds of quests and adventures await as you interact with characters and learn more. Regardless of whether you play a murdering assassin or a noble knight, the game holds endless possibilities and allows you to revisit the main storyline at any time..

With Morrowind, the unparalleled Elder Scrolls character system is coupled with an exponential increase in the world's richness of detail and level of visual splendor. Utilizing the latest in 3D technology, Morrowind will feature hyper-realistic textures and polygon counts, real-time shadows, vast landscapes, skeletal based animation, and a complete weather system.

Gameplay is further extended with the inclusion of The Elder Scrolls Construction Set, which will be included with the PC version of the game. This powerful tool is being used to create the entire game, and will also allow you to modify and add to Morrowind in any way they see fit. Change character or creature attributes and skills, introduce new weapons or dungeons into the game, or create entire new worlds to explore. You'll be amazed how simple it is to use, and astounded by how much bigger it makes an already immense game universe. You can easily swap files and add or delete them from your game with the click of a mouse, ensuring that no file can ever damage your game or change it permanently.