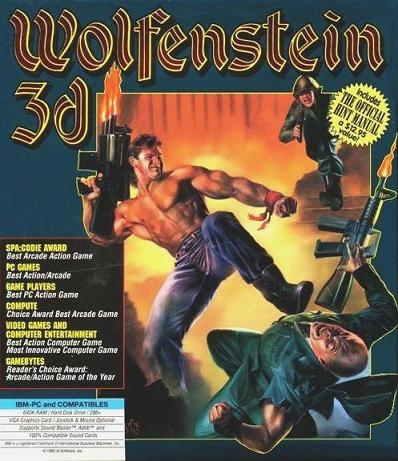 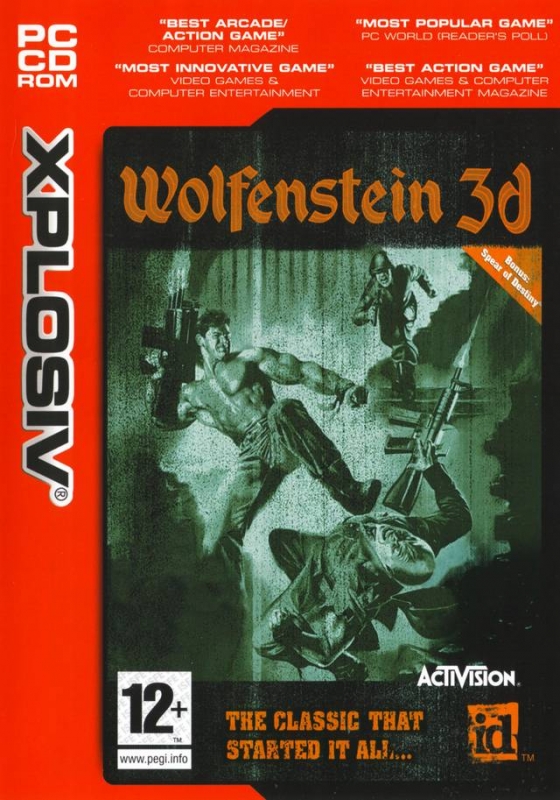 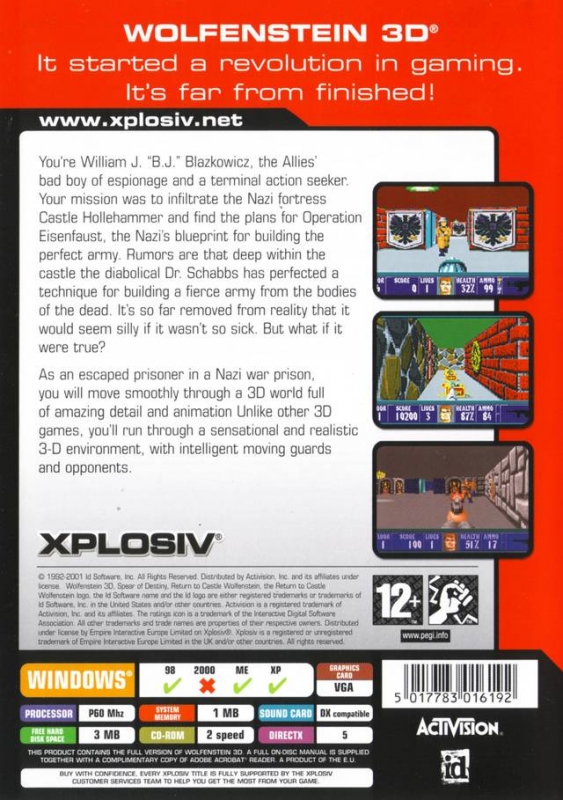 The story: You're William J. "B.J." Blazkowicz, the Allies' bad boy of espionage and a terminal action seeker. Your mission was to infiltrate the Nazi fortress Castle Hollehammer and find the plans for Operation Eisenfaust, the Nazi's blueprint for building the perfect army. Rumors are that deep within the castle the diabolical Dr. Schabbs has perfected a technique for building a fierce army from the bodies of the dead. It's so far removed from reality that it would seem silly if it wasn't so sick. But what if it were true?

As an escaped prisoner in a Nazi war prison, you will move smoothly through a 3D world full of amazing detail and animation Unlike other 3D games, you'll run through a sensational and realistic 3-D environment, with intelligent moving guards and opponents.

Wolfenstein 3-D has won these RETAIL industry awards in 1992: