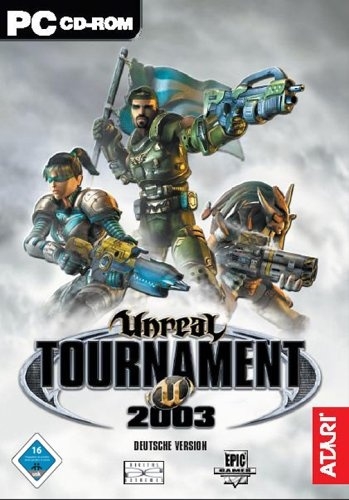 Unreal Tournament 2003 takes sports combat to the next level. Will you be a superstar of the wariior elite, famous galaxy-wide - or just another trembling victim of the Tournament? Echoing back to the Gladiators and arenas of ancient Rome, human, alien and other more sinister warriors are locked into battles where there can only be two outcomes - victory or death...