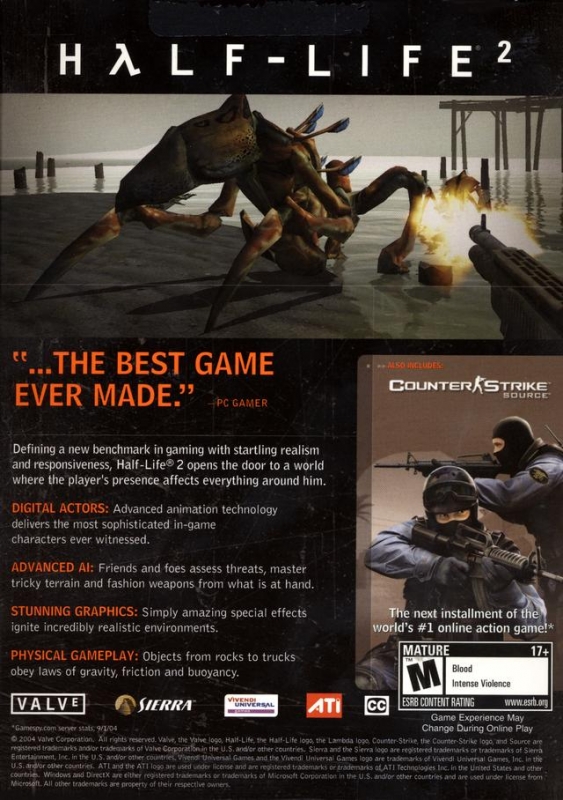 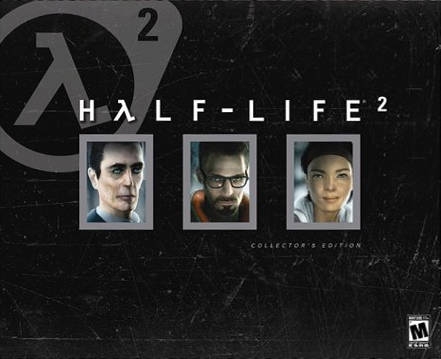 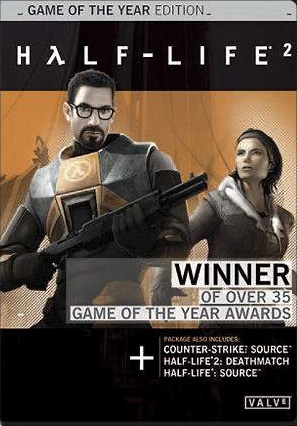 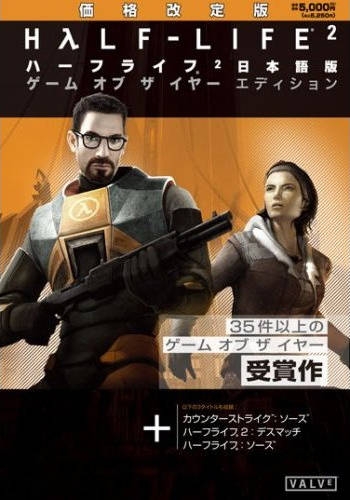 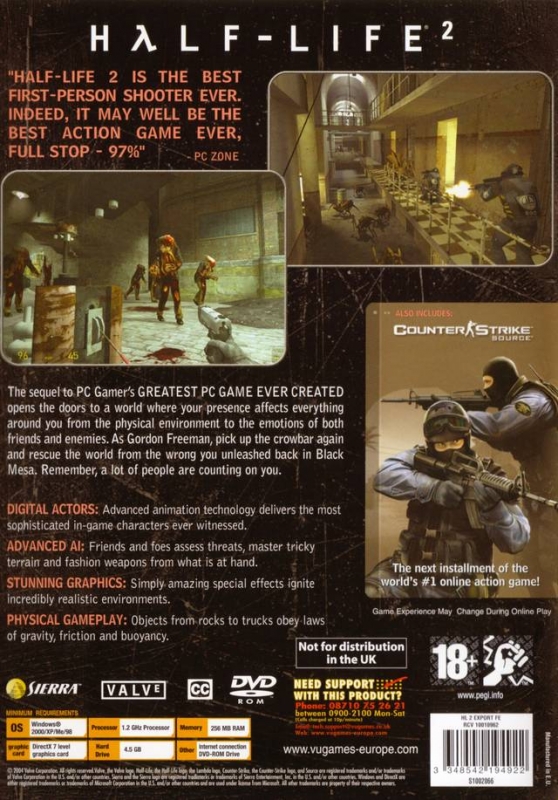 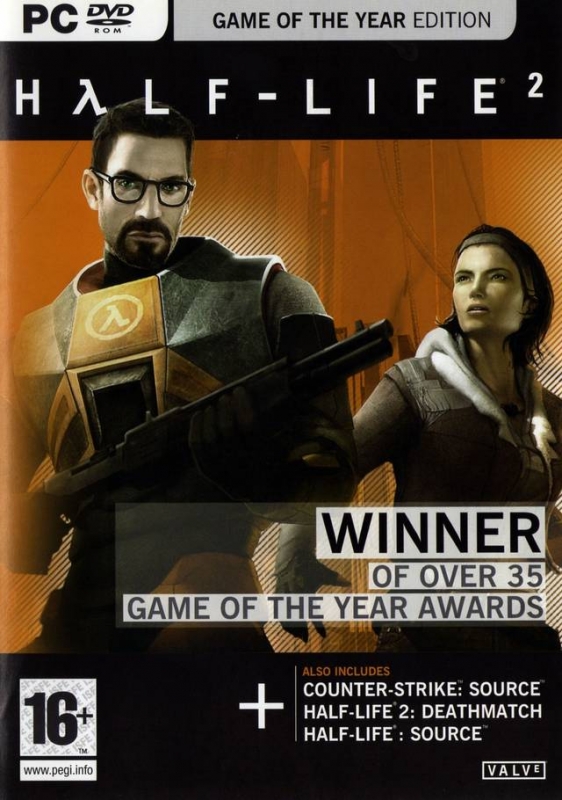 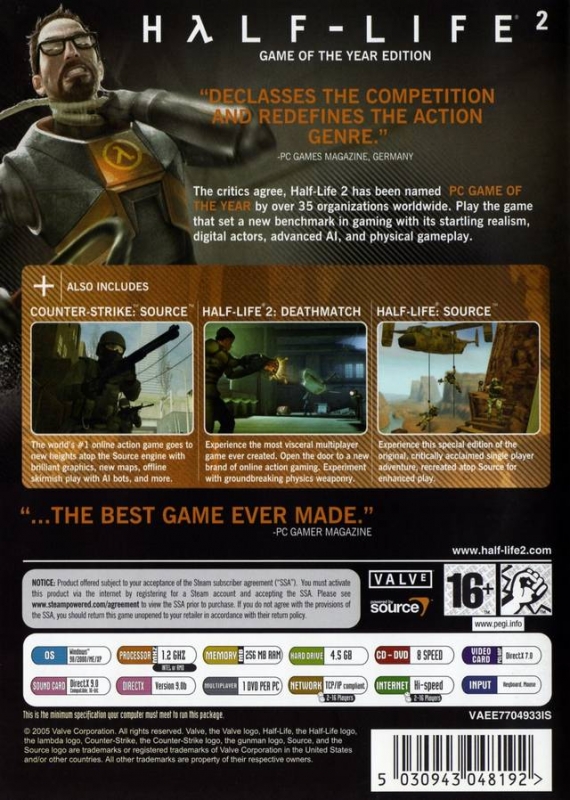 Half-Life 2 is an immersive first person shooter from the developers at Valve Software, the creators of the original Half-Life. Building off of the riveting storyline and gameplay of the debut title, Half-Life 2 pushes the envelope even further and has once again "raised the bar" of the FPS genre. Using Valve's own built-from-the-ground-up "Source" engine, Half-Life 2 offers interactive physical environments, intense realism and impressive graphics, all bundled together with a masterfully-crafted storyline. Players once again assume the role of scientist Gordon Freeman, but this time Gordon finds himself in a post-apocalyptic environmentâ€”apparently a result of the Black Mesa Incident. With Earth's human population oppressively held in prison-like urban centers, its natural landscape ravaged by the effects of Xen infestations and a whole new enemy that has viciously annexed the human race into its ranks, the future of mankind seems bleak at best. Looks like it's once again up to Gordon to save the day!