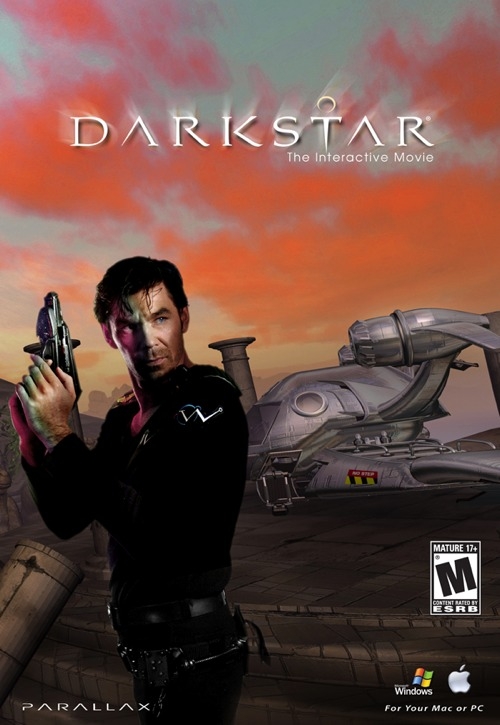 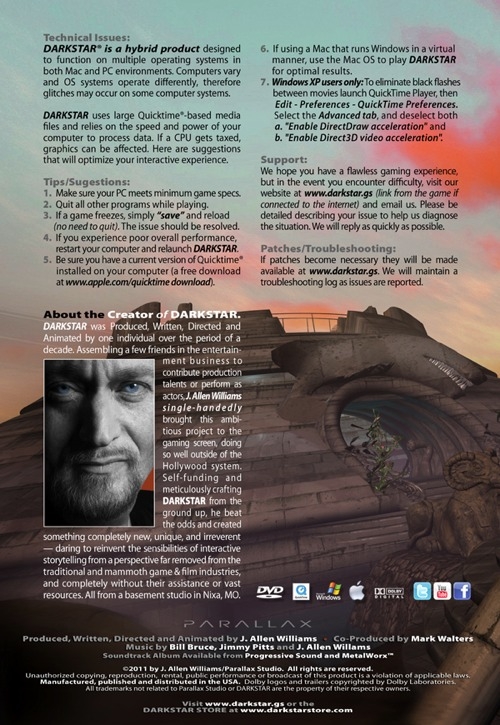 The long-awaited space epic Directed and Produced by J. Allen Williams is NOW finally available on your PC or Macintosh. A tale of murder and deception with nothing less than the fate of humanity at stake, DARKSTAR is a race against the clock in a quest to turn back time itself.

Experienced through exploration & discovery, your journey begins on a wrecked starship light years from earth—a world that centuries ago has been annihilated. You are Captain John O’Neil (Clive Robertson) stranded on the starship Westwick with no memory of what has transpired, or even of who you are. Nothing is as it seems, and despite the icy, cold silence...you are not alone.

DARKSTAR provides hours of entertainment in both interactive adventure and cinema, and features the entire original cast of Mystery Science Theater 3000 and music by Progressive Sound and MetalWorx. This is also the final performance of the late, great Peter Graves. With more footage than any “game” ever produced (over 13 hours), DARKSTAR is a true interactive animated world with live-action actors.