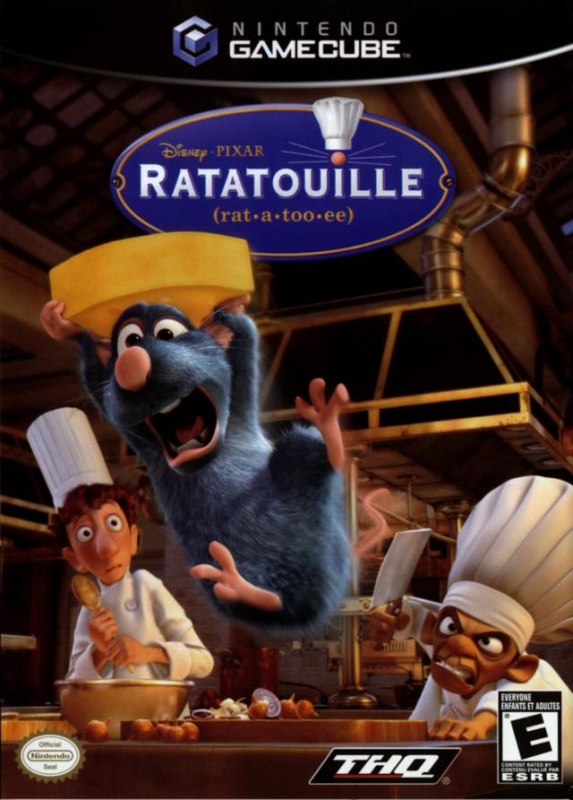 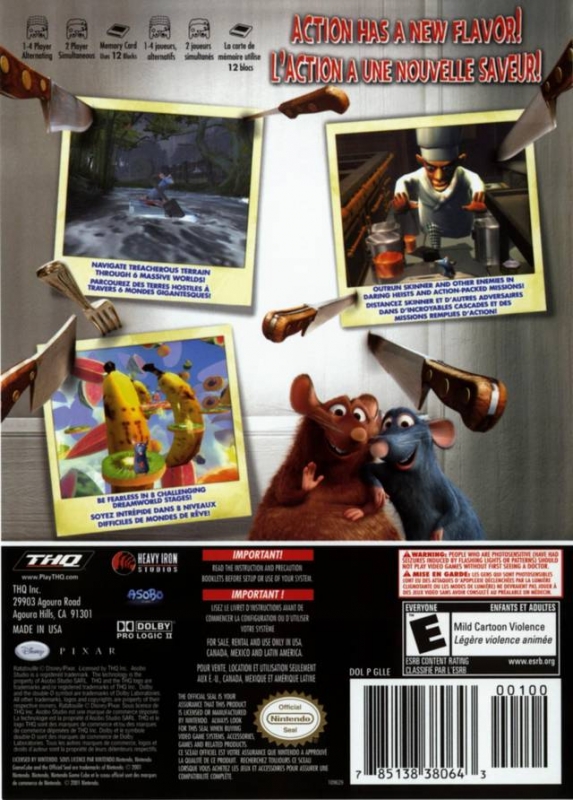 In Disney / Pixar's animated adventure, a rat named Remy dreams of becoming a great French chef despite his family's wishes and the obvious problem of being a rat in a decidedly rodent-phobic profession. When fate places Remy in the sewers of Paris, he finds himself ideally situated beneath a restaurant made famous by his culinary hero, Auguste Gusteau.

In the game, players will assume the role of Remy and relive some of the film's most thrilling moments. Players will instantly recognize the storyline, characters and key locations of Ratatouille, as they engage in a series of unique mini-games, cooking challenges and head-to-head multiplayer. Ratatouille will allow players to create culinary masterpieces, evade detection from dangerous and often hungry enemies, and brave the perils of the dinner-rush in this senses-shattering journey to fulfill Remy's life-long dream of becoming a great chef.