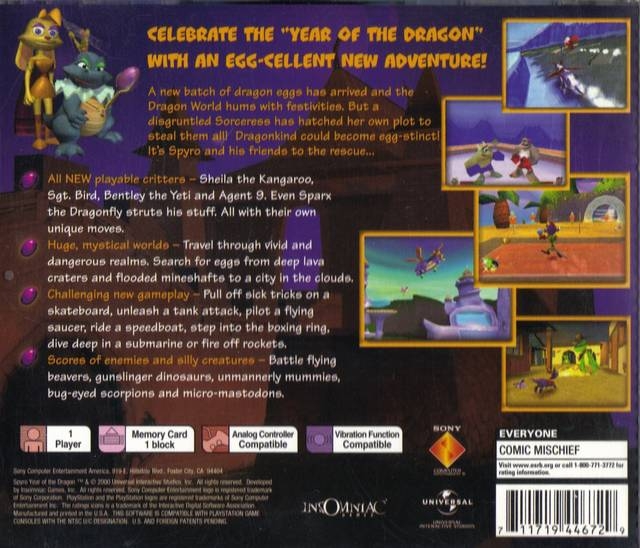 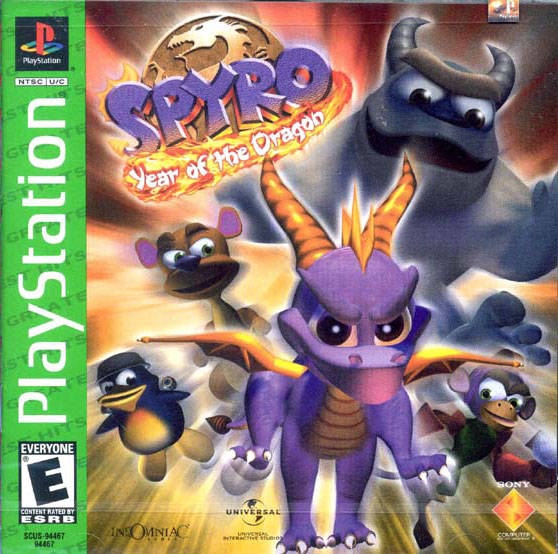 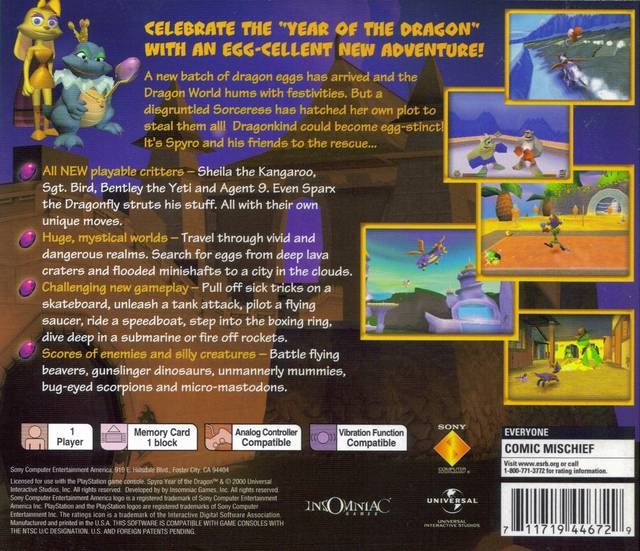 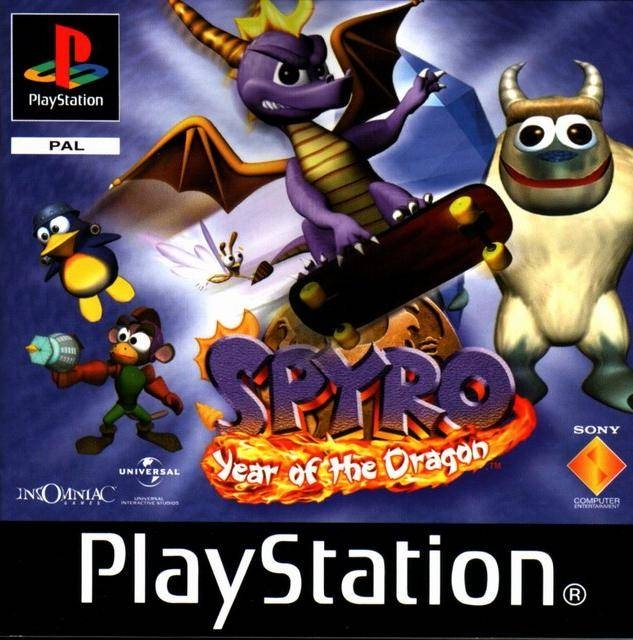 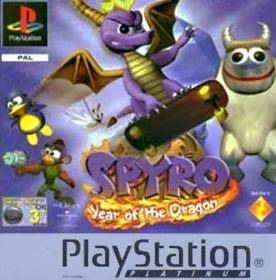 Spyro: Year of the Dragon (PS)

A new batch of dragon eggs has arrived and the Dragon World hums with festivities. But a disgruntled Sorceress has hatched her own plot to steal them all! Dragonkind could become egg-stinct! It's Spyro and his friends to the rescue...