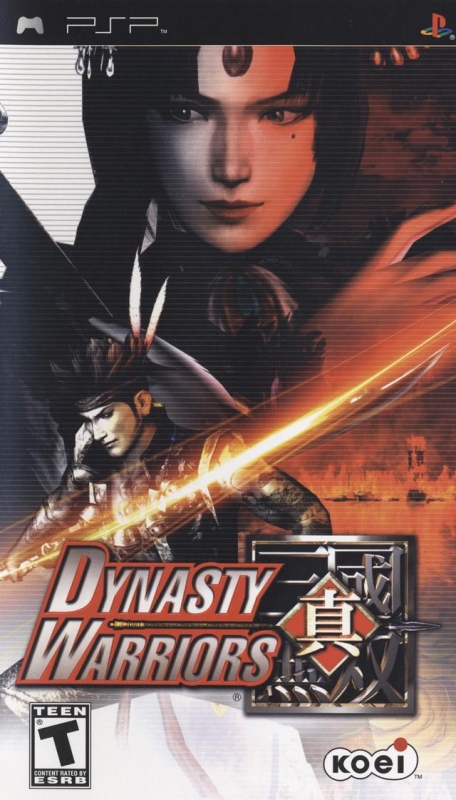 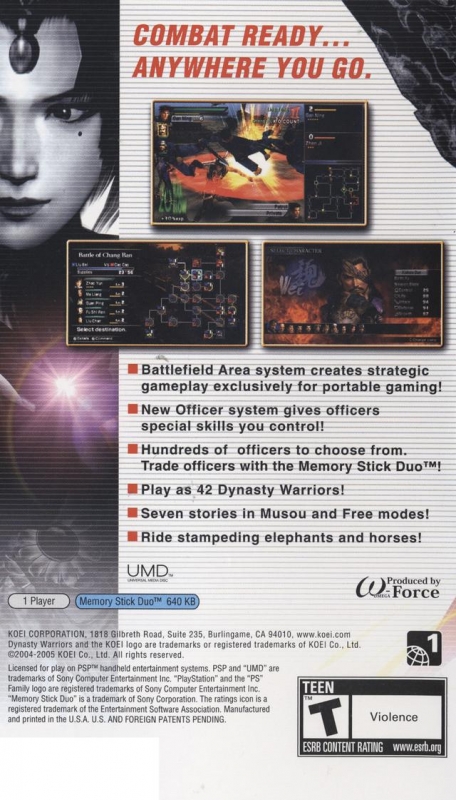 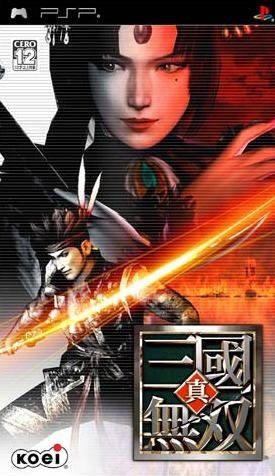 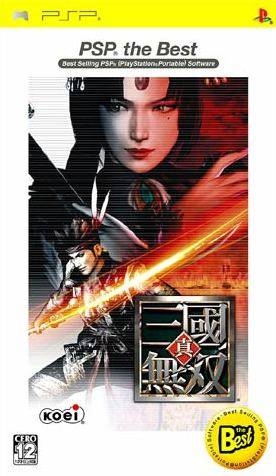 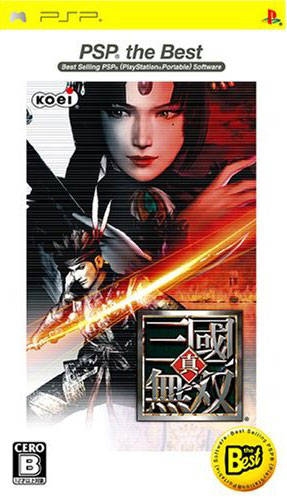 Japan - Back
PSP the Best Reprint 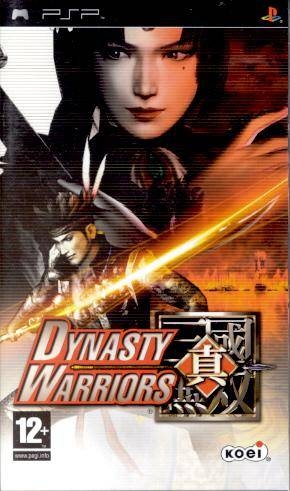 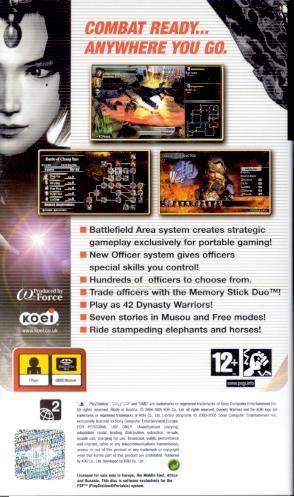 For the first time on any handheld game system, players will experience the thrill of fighting single handed against legions of powerful enemy soldiers in historic battles that shaped the Chinese empire.

Based on Luo Guanzhong's historical novel, Romance of the Three Kingdoms, the Dynasty Warriors series of Tactical Action games takes players back in time when chaos ruled Ancient China. In the game players are equipped with powerful weapons and their strategic wits. They must fight their way through grand battlefields populated with hordes of enemy warriors.