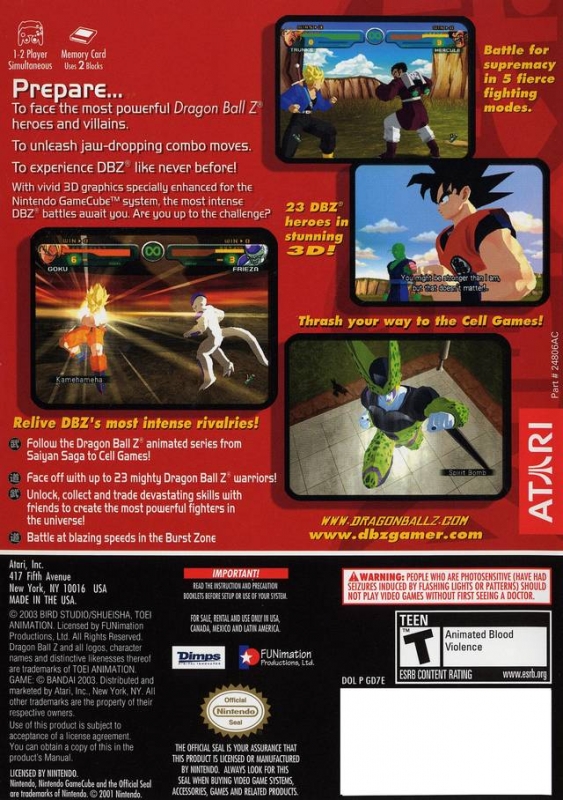 Are you ready for a showdown of legendary proportions? Enter the Dragon Ball Z®Budokai™. A spectacular 3D world filled with the fiercest fighters the universe has ever known. Test your skills against the most powerful Dragon Ball Z heroes and the most sinister villains. Every battle is more intense, more dangerous, and more epic than the one before. Play the game that Electronic Gaming Monthly said "stands above any of the previous attempts to turn the series into a fighter" and that GamePro called "a dream come true for every Dragon Ball Z fan."

* Follow the Dragon Ball Z animated series from the Saiyan Saga to the Cell Games!
* Face off with up to 23 mighty Dragon Ball Z warriors!
* Unlock, collect, and trade devastating skills with friends to create the most powerful fighters in the universe!
* Fight in 5 epic play modes
* Fine tune your skills against custom AI opponents
* Battle at blazing speeds in the Burst Zone