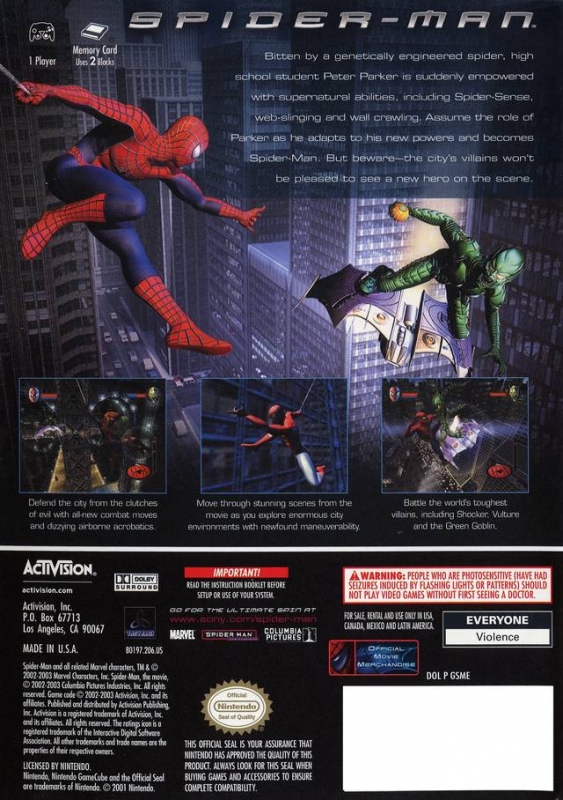 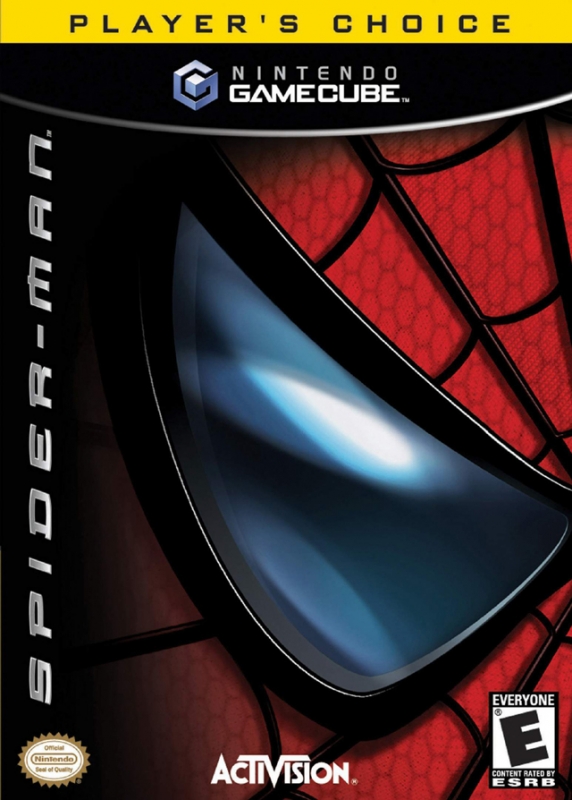 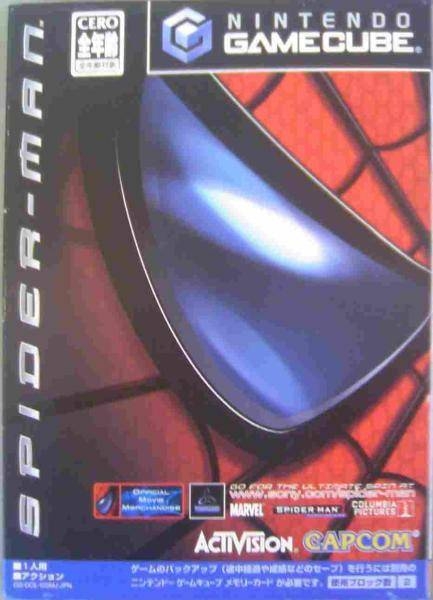 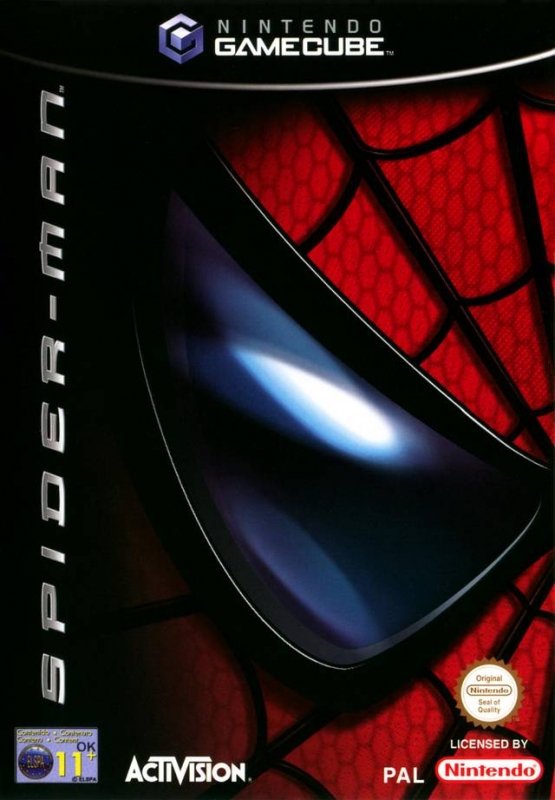 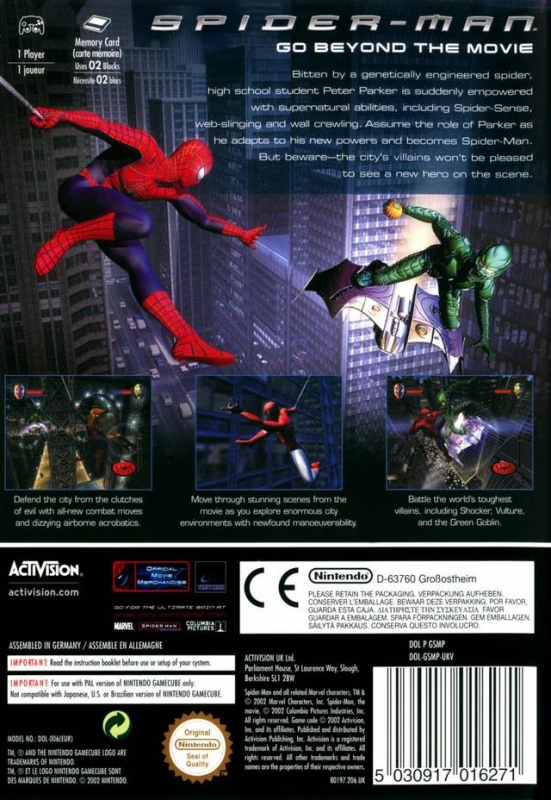 Go beyond the movie

Bitten by a genetically engineered spider, high school student Peter Parker is suddenly empowered with supernatural abilities, including Spider-Sense, web-slinging and wall crawling. Assume the role of Parker as he adapts to his new powers and becomes Spider-Man. But beware - the city's villains won't be pleased to see a new hero on the scene.

*Activision - back of box