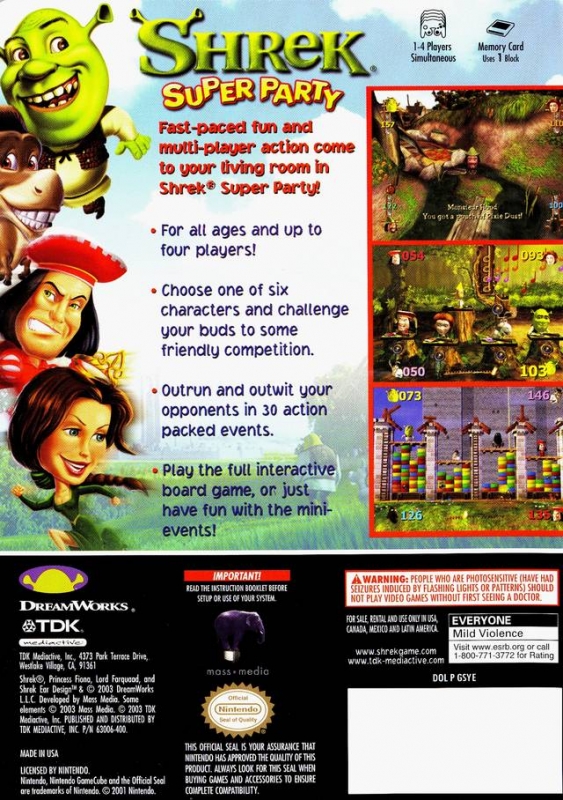 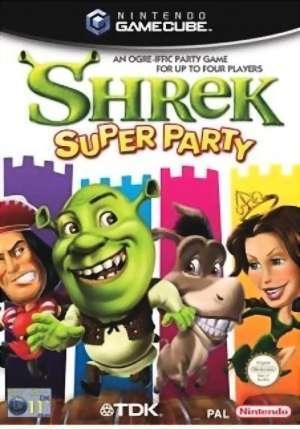 Shrek: Super Party lets as many as four players enjoy competition that's designed specifically to build rivalries. Play as Shrek, Princess Fiona, Lord Farquaad, Monsieur Hood, Donkey, or Thelonius, trying to make your way around the game board before the other characters can. Each of the 30 spaces on the board has a different mini-game on it, and winning these games will earn you drops of bug juice. The first player to collect 100 drops is crowned champion.