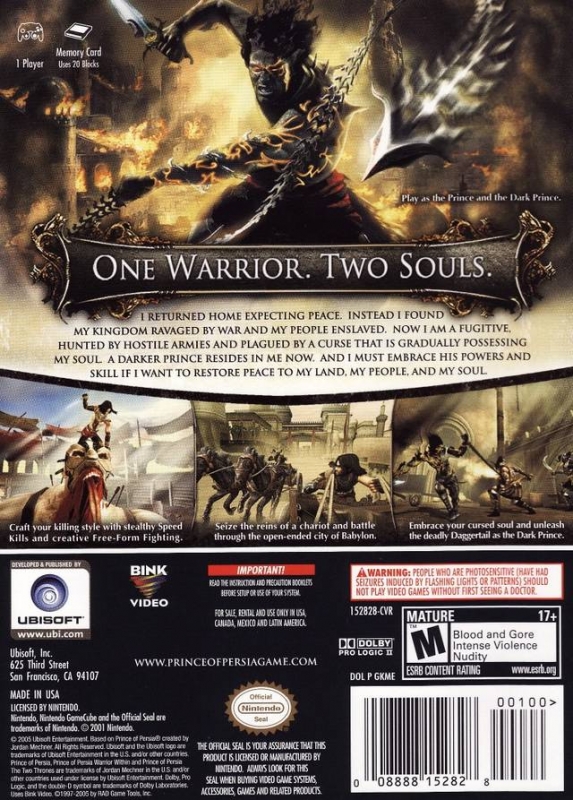 I returned home expecting peace. Instead I found my kingdom ravaged by war and my people enslaved. Now I am a fugitive, hunted by the hostile armies and plagued by a curse that is gradually possessing my soul. A darker prince resides in me now, and I must embrace his powers and skill if I want to restore peace to my land, my people, and my soul.

*Ubisoft - back of box