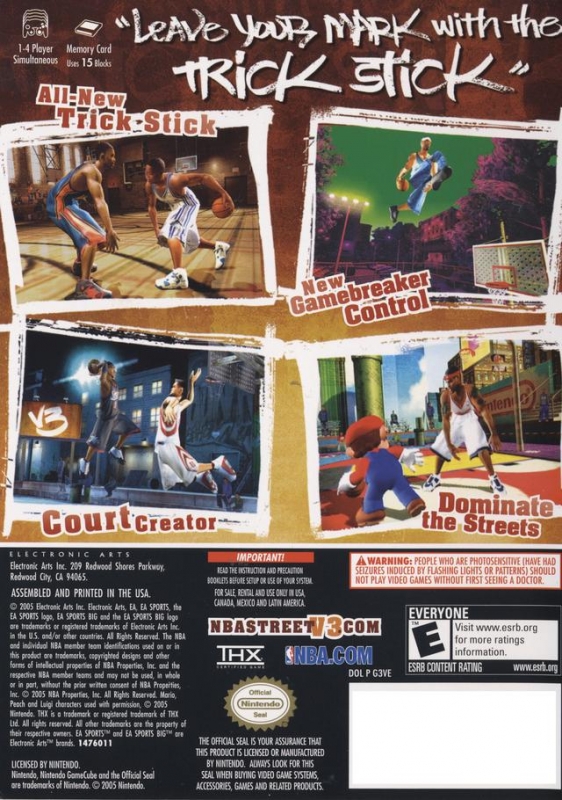 Soar above the rim and make your mark as NBA STREET V3 hits the pavement with basketball like you’ve never seen – 3-on-3, over-the-top, and larger than life. V3 builds on the game-proven, platinum-selling gameplay of the STREET series with new tricks and high-flying dunks. The new Trick Stick and interactive new Gamebreakers, game-changing and customisable like never before, enhance the experience and bring an unmistakable style and attitude to NBA STREET V3.

Featuring the NBA’s biggest and best stars from today, your favorite NBA legends, and a Hall of Fame cast of past STREET characters pulling off hundreds of crazy moves and dunks, NBA STREET V3 is non-stop, fast-paced, action-packed, in-your-face fun. It’s as simple as that.