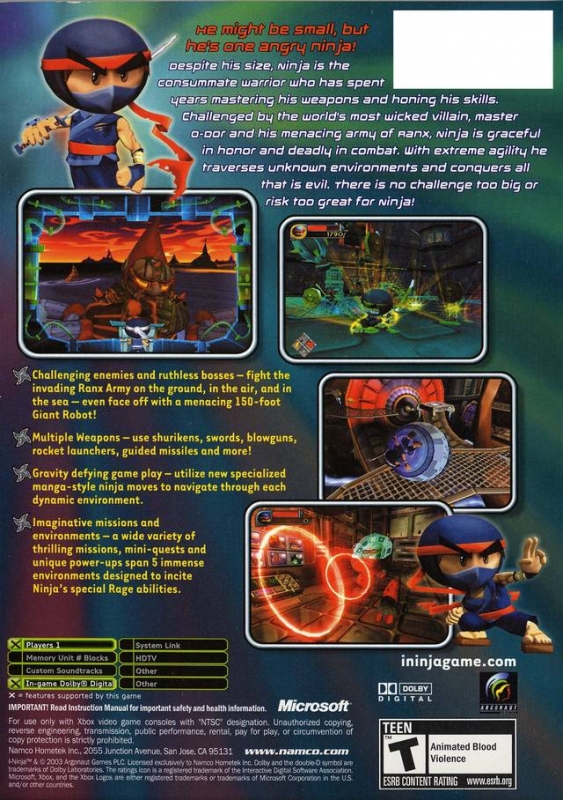 Master O-Dor and his army of Ranx have invaded and slain almost all of the Ninja clan sworn to defend the land against evil. All except one aged and frail master simply known as “Sensei” and his angry untrained rookie. But while fighting back, Sensei is attacked and imprisoned by one of O-Dor’s henchmen. His student is now the last of the clan. He is Ninja. This is his quest. The destiny of his world rests on his big head.