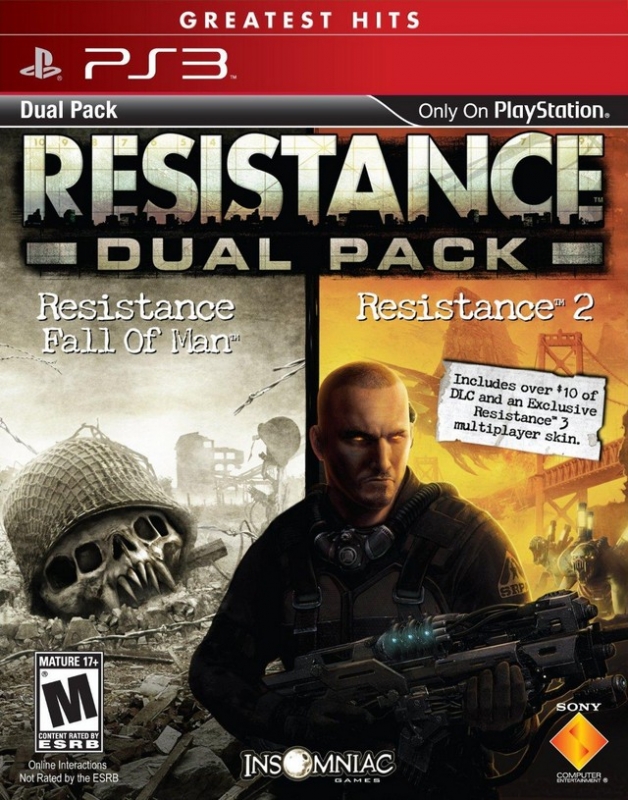 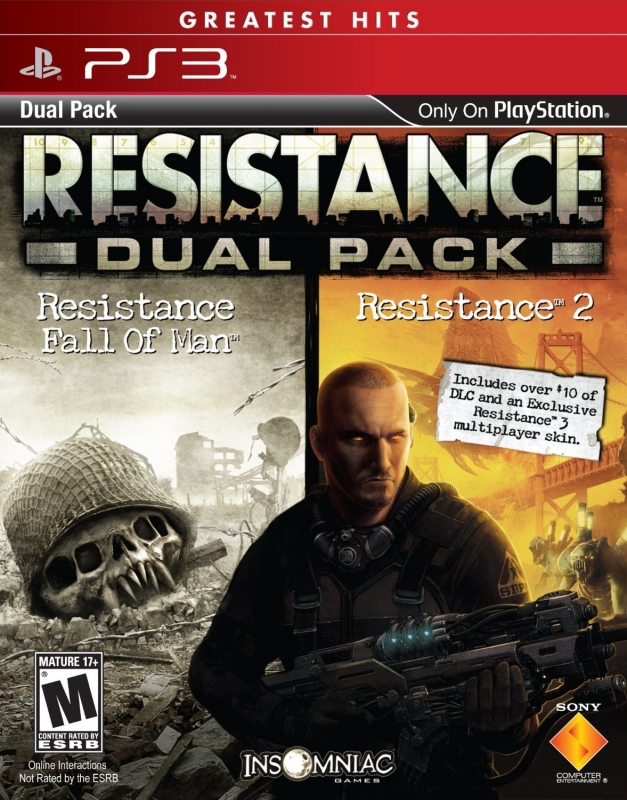 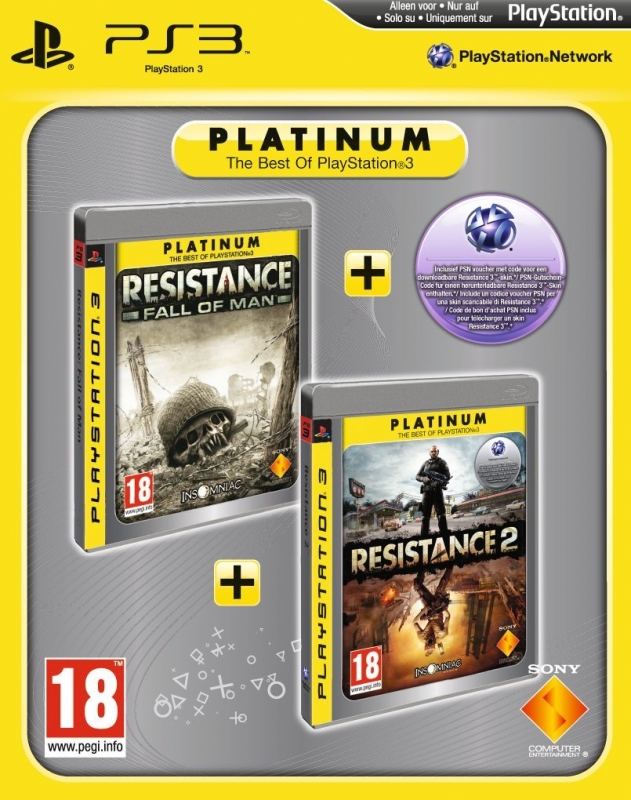 EVERY RESISTANCE HAS A BEGINNING

It is 1951, an alien species known only as the Chimera have taken over Asia and most of Europe. In Resistance: Fall of Man®, follow U.S. Ranger Nathan Hale as he supports the British resistance in a desperate attempt to prevent mankind's total annihilation. Then, rejoin the fight in Resistance® 2 as humanity's fate is once again placed in Nathan's hands as he fights to defend America while struggling to survive the Chimera infection inside himself.

Survive the Resistance from the beginning as you follow Lt. Nathan Hale through two harrowing adventures complete with a Super Voucher for over $10 of bonus Resistance® 2 DLC. This voucher also gives you exclusive access to the Capelli SRPA multiplayer skin for Resistance® 3, allowing you to continue the fight in Resistance® 3 as Joseph Capelli in his black-ops gear.