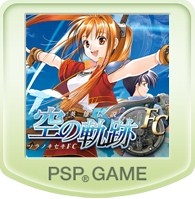 The Legend of Heroes: Trails in the Sky (PSN)

The Legend of Heroes: Trails in the Sky is the first of a new trilogy in the established The Legend of Heroes RPG series. A highly detailed 3D world, beautiful original soundtrack, and unique strategic battle system take the series to new heights.