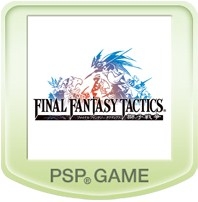 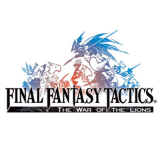 Final Fantasy Tactics: The War of the Lions (PSN)

Originally released in 1998 on the PlayStation® game console, FINAL FANTASY TACTICS, the first tactical RPG in the legendary FINAL FANTASY® series, enthralled fans around the world with its unique artistic style and intricate storyline. Shipping more than 1.1 million copies in North America, FINAL FANTASY TACTICS opened the genre to legions of new fans.

FINAL FANTASY TACTICS: THE WAR OF THE LIONS, reborn and enhanced exclusively for the PSP system, introduces never-before-seen cinematic sequences, an entirely new English translation, 16:9 widescreen presentation and multiplayer features that will reintroduce this classic to a new generation of gamers.