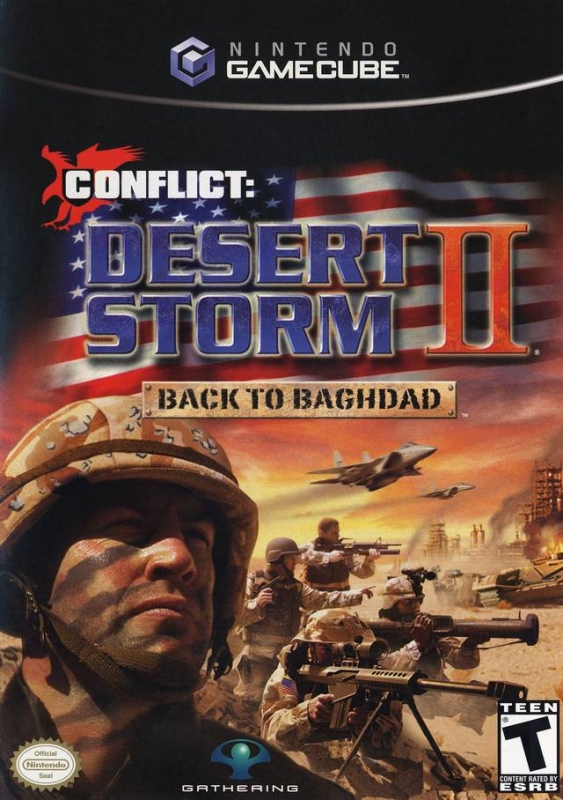 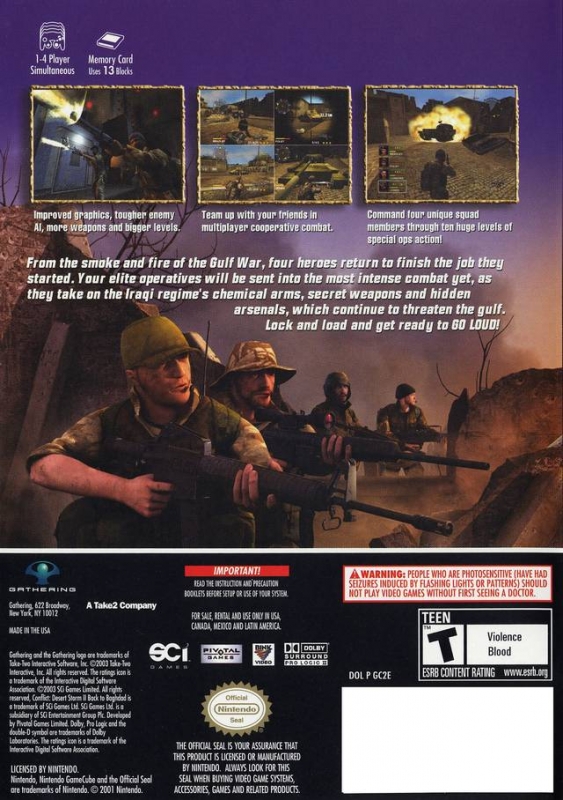 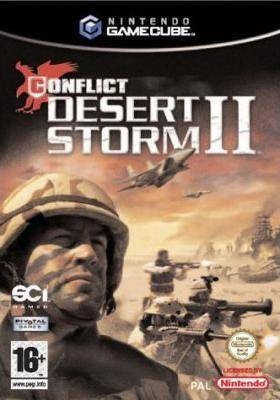 Focusing on the events of the 1991 Gulf War, Conflict Desert Storm II: Back to Baghdad is the sequel to the highly acclaimed 3rd person squad combat game of 2002.

Conflict Desert Storm II: Back to Baghdad takes the level of gameplay and realism to new heights. The campaign begins with an urgent call to rescue a downed UH-60 Blackhawk’s crew in a heavily defended city, and ending with the allied endeavours to liberate Kuwait City.

The game captures the 3rd person squad-based action of the original, and applies layer upon layer of polish and advances. These include: enhanced graphics, deformable terrain, huge explosions and more fluid movement to the radically improved combat AI. The enemy is noticeably more intelligent, reacting to player’s tactics more realistically and the troops communicate with each other, taking cover and implementing counter defensive actions.

So get ready to take control of the elite SAS or Delta Force squads. Commandeer more vehicles, from jeeps through to armoured tanks, call in military air-strikes to clear heavy artillery and barricades and much more. Your squad is armed and ready for the hardest challenge of their careers.