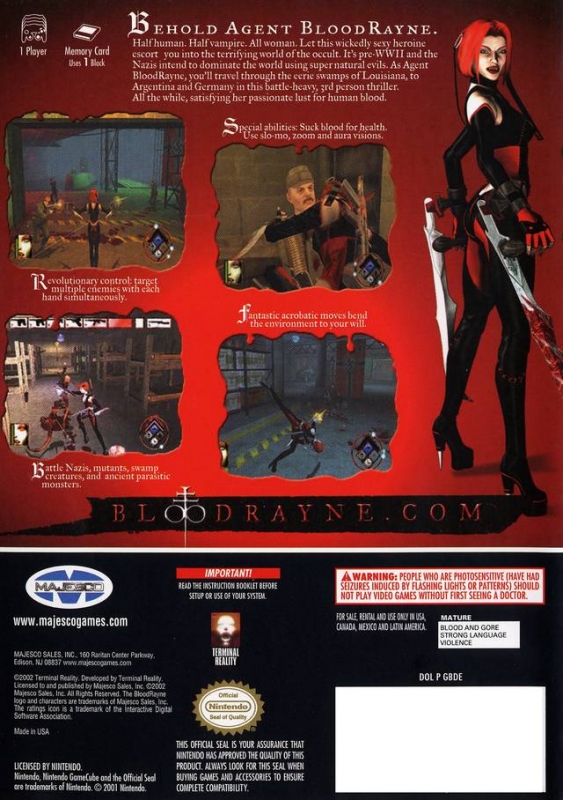 Sexy half-vampire Brimstone agent BloodRayne, take on all comers: monsters, demon, and Nazi in this fast-action, combat-heavy WWII horror thriller. All the while, satisfying her passionate lust for human blood.