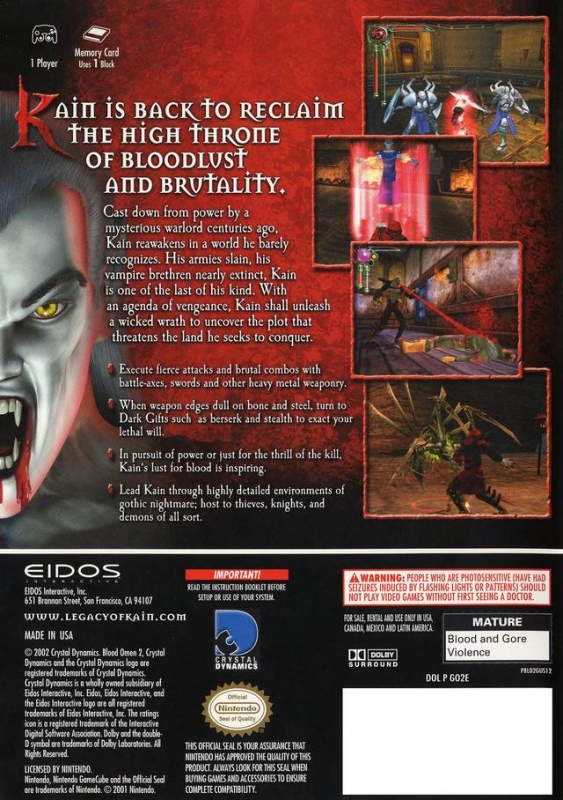 400 years have passed since the vampire Kain damned the world in the original Blood Omen, choosing to rule the world in damnation then die for it's salvation. Now Kain, who once controlled the land of Nosgoth with his vampire armies, finds his brethren slain and his dark powers stripped by a mysterious figure. To reclaim his rule and exact his vengeance, Kain must dispatch armies of zealot soldiers and overcome legions of demons in order to uncover the ominous plot that threatens the land he seeks to conquer.