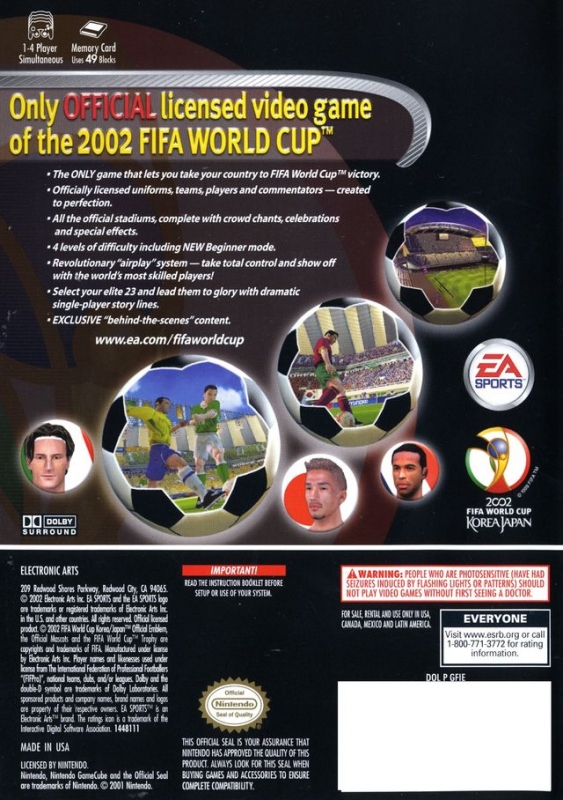 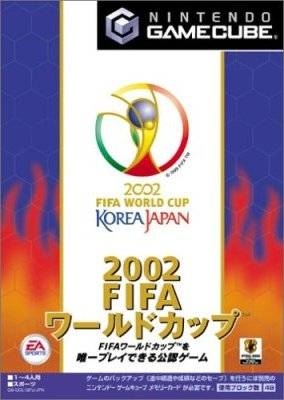 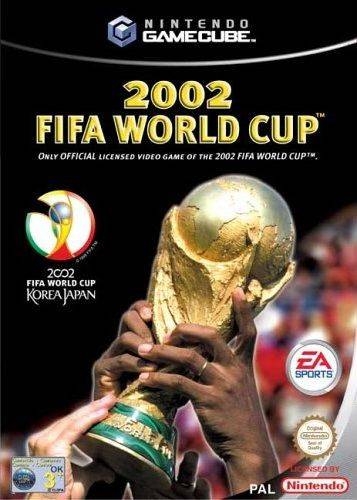 2002 FIFA World Cup brings the FIFA experience to the GCN. Featuring officially licensed uniforms, teams, players, and commentators, along with all the official stadiums, 2002 FIFA World Cup gives you the chance to take the country of your choosing to 2002 FIFA World Cup victory. Select your elite 22 and lead them to glory in single-player mode, or play against friends. Utilize the "airplay" system to bring out the best in the world's most skilled players.

Gameplay:
As the official interactive games provider of the 2002 FIFA World Cup tournament, the game promises to capture every moment of glory, every emotion, every sound and every aspect of a truly global event, giving consumers the opportunity to kick-off the FIFA World Cup frenzy by playing in the tournament before it begins. Gamers will find a whole new world of showboating and high-tempo, high-impact action, obvious from the first touch of the ball.