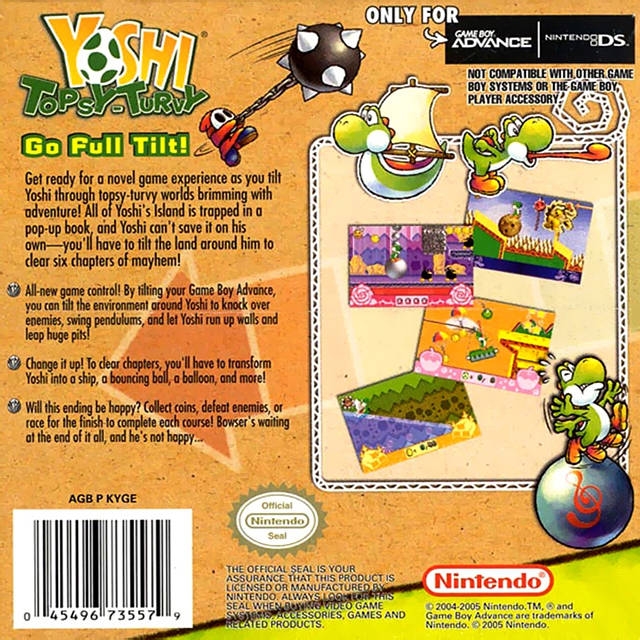 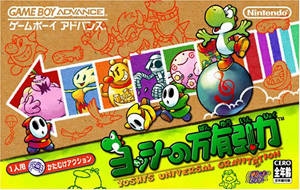 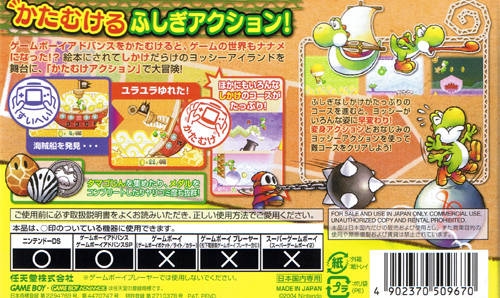 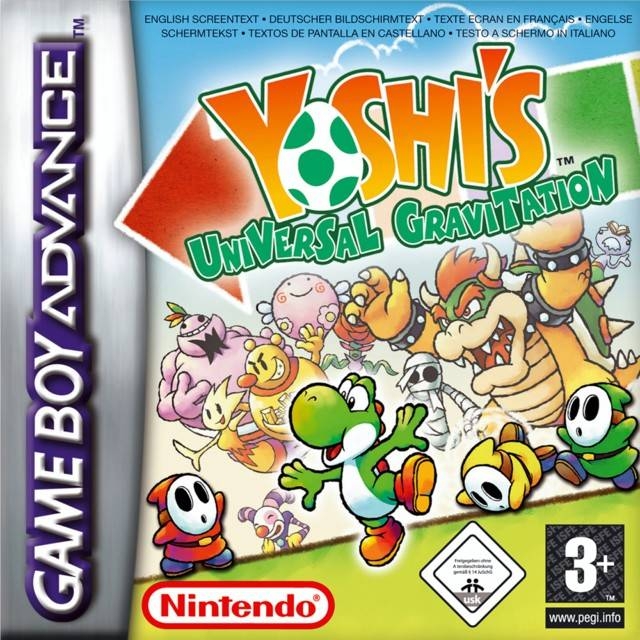 When Bowser starts wreaking havoc on Yoshi’s Island, a book spirit named Hongo traps the entire island within the pages of a storybook. Only by locking Bowser away can Yoshi convince Hongo to release the rest of the island, so he sets out to progress through the chapters of the book... Characters: Yoshi, Bowser, Egglings, Hongo, various spirits How to progress through the game: Each course is controlled by a spirit: one who loves money, one who loves fast things, one who loves friendliness, etc. They will set out guidelines for the course, such as collecting fruit to free a certain number of Egglings, finding a certain number of coins or destroying a certain number of enemies. By satisfying that spirit’s requirements, players pass the course. Special powers/weapons/moves/features: Yoshi can jump and stick out his tongue to eat fruit or enemies, but the main feature of the game is the tilt mechanism. By moving the Game Boy Advance SP side to side, players tilt the world around Yoshi, causing enemies to roll around, swinging ships and pendulums and bouncing items all over the place. An impassable wall will become a climbable slope, or a rolled-up carpet will become a long platform – all of the environments require players to master not only button presses but also tilt movements to progress.